THUNDER BAY – Have you noticed the number of roof-tops across Thunder Bay sporting solar panels? A drive along Lakeshore Drive, a trip to the Thunder Bay International Airport, or a look atop a growing number of businesses will see that the move toward capturing the energy from the sun as a source for generating electricity is growing. Often too, the move to solar power does not generate the public outcry that wind farm projects do.

However solar panels are not just for rooftops. A Thunder Bay man has added a trailer to his Ebike, and plans on using solar panels on that bike  to continue to ride all winter.

One of the concerns in northern climates over solar power has been the impact of snow on solar panels.  Snow and solar cells aren’t mutually exclusive, according to a Michigan Technological University scientist. Photovoltaic panels can be well worth the investment even if you live in a winter wonderland. True, a layer of snow can cause a solar-cell blackout for awhile. But not many locales enjoy heavy snow for more than a few months. And even in the bleak midwinter, panels don’t usually stay snow-covered for long.

With researchers from St. Lawrence College and Queen’s University, in Kingston, Ontario, and a team of 20 industry partners, Pearce studied the effect of snow on the Open Solar Outdoors Test Field. They created a computer model to predict how much power generation would decline in various amounts of snow cover and on different types of solar modules mounted at different angles, from flat to steeply pitched. Then they validated their model with data from many of Ontario’s huge commercial solar farms.

“In most cases power losses are minimal, even in snowy Canada,” Pearce said. However, the group has developed a model that can be used to design the most efficient photovoltaic systems, no matter how much snow is in the area.

Pearce and R. W. Andrews have authored paper based on a preliminary study, “Prediction of Energy Effects on Photovoltaic Systems Due to Snowfall Events,” published in proceedings of the 2012 38th IEEE Photovoltaic Specialists Conference. pp. 003386-003391. The paper is freely available at www.academia.edu/1991659/Prediction_of_Energy_Effects_on_Photovoltaic_Systems_due_to_Snowfall_Events

The shorter days in winter experienced in northern locations will reduce the amount of power that solar panels will be able to produce.

Rick Small, who dubs himself ‘Your friendly neighbourhood Light Rider’ has continued work on his ebike. First reported on NNL Solar Simplification at its finest, Small has continued his work.

The new panels on the trailer work in all conditions. Bell says that they will also work at night and can be powered by the light from streetlights. He says that winter conditions will impact the amount of power in his lithium batteries, but that he has modified the case to insulate it, and has a ‘hot water blanket’ keeping the batteries warmer.

What does it cost to power a battery on an Ebike? Mac Gamble from Golectric in Thunder Bay says the cost is about eight to twelve cents per day to plug in and charge the battery.

For more determined riders like Rick Small, the investment in solar panels and a trailer mean he won’t be plugging in his bike at all. 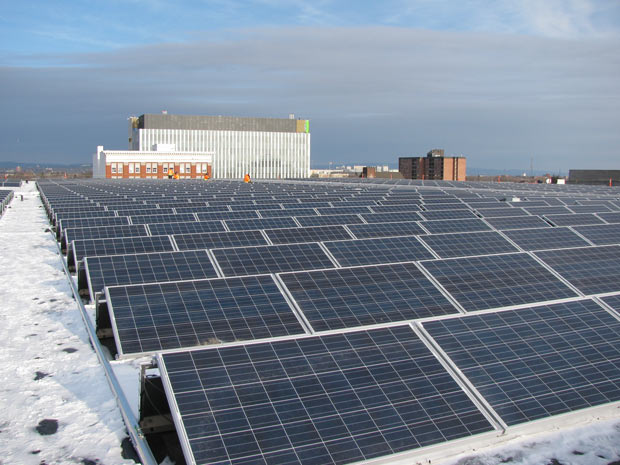 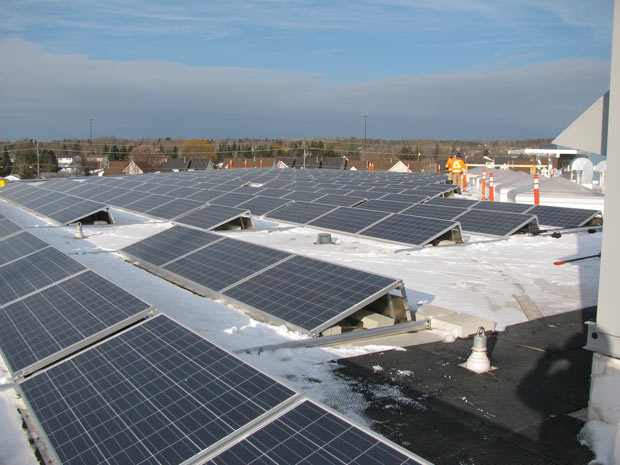