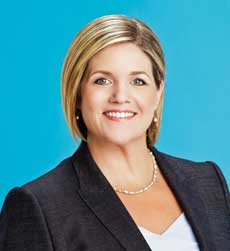 Earlier this spring, we worked together on a deal to pass Ontario’s Budget. I believe Ontarians sent us here to work together and focus on getting results.

I made it clear at the time and I’ve been clear since: the Budget Bill must be amended and improved.

I have never believed that further privatization, loosening environmental regulation or reducing government oversight were key to Ontario’s fiscal health. I haven’t made much secret of this. As you know, I’ve raised these issues with you privately. More importantly, I’ve raised them repeatedly in the House and I made my intention to amend the Budget Bill quite clear.

On Thursday, New Democrat Members of the Finance Committee supported the majority of the Bills Schedules without amendment. They amended or voted against Schedules that could not stand as is. This was not a surprise to you or your team.

The false allegations and name-calling we heard on Thursday did not help the process, nor achieve the results Ontarians expect us to achieve together. Now more than ever provincial leaders need to act on their best behaviour. We have a job crisis to solve, a healthcare system that needs to be strengthened and we need to start making life easier and more affordable for everyone.

I want to be very clear on a few points:

I never wavered in my commitment to allow this budget to pass. My Caucus and I will ensure passage of the final budget bill on Wednesday, June 20.

My Caucus and I never abdicated our commitment to consult Ontarians, make amendments and improve this budget. This is a mandate Ontarians gave us on October 6 and it’s a job we take seriously.

I believe that our differences are not significant. More importantly, we can put them aside to make minority government work.

To that end I am undertaking the following steps:

• Last week, we announced our intention to vote against Schedule 16 due to concerns about oversight and accountability. We feel amendments passed at committee address those issues and we now plan to support passage of those schedules.

• Last week, we announced our intention to vote against Schedule 28 and a series of related Schedules related to privatization of ServiceOntario. We had similar concerns about oversight, accountability and the scope of the Schedule which granted Cabinet broad powers to sell government assets. We feel that amendments put forward by all three parties address those concerns. New Democrat amendments will ensure a transparent review by Ontario’s Auditor before a sale proceeds. With these amendments, we can support these schedules.

• We have raised serious concerns about environmental changes buried in this bill. Yesterday, you indicated you were ready to address those concerns and we’re ready to work with you to do that.

I understand that you will be introducing new bills in the fall. As with every bill that comes to the House, New Democrats will be making a decision on whether or not we support a bill after we read it, not before. We are looking forward to working together on upcoming legislation.

I’ve said from the start we’re ready to roll up our sleeves and work together. Our goal has always been to help craft a budget that works for Ontario.

As always, my door is always open to constructive discussion so that we can do the work Ontarians sent us here to do: make minority government work.