Home Business Mining Where will the mining jobs come from? A forecast of mining opportunities...

THUNDER BAY – Business Now – There is a renewed sense of optimism about the economic future of our region which to a large degree is being driven by a flurry of activity in the mining and exploration sector, especially talk of large-scale mineral deposits in the Ring of Fire about 550 km north of Thunder Bay. Given the demise of the forest industry and the thousand of jobs that have been lost there, one would view these emerging new job opportunities with a sense of relief. However, surprisingly enough there is already talk of shortages of skilled labour.

So, what is the reality behind the mining jobs?

In order to answer this question, the North Superior Workforce Planning Board has commissioned a study by the Mining Industry Human Resources Council (MiHR) to forecast the number of jobs expected to be created in this sector over the next 10 years.

Since the fortunes of the mining and exploration sectors are heavily dependent on the world market price of minerals, contraction or expansion in the global economy would have a significant impact on the level of activity including the number of jobs expected to be created. The forecast then looked at the jobs under three different scenarios: contraction (downturn in the mining industry), base-line (static growth projection) and expansion (positive growth projection).

MIHR has done many such forecasts across Canada and the various provinces but a regional/district study was a first. This required them to take into consideration the expected higher level of mining activity in the region (between 3 and 8 major mining projects are expected to come into construction and production over the next 2-5 years), the highly mobile workforce (many skilled trades working in Alberta and other provinces), and local demographics/retirement age (average age in the region is about 3% points higher than the provincial average). To further strengthen their forecast, MiHR also conducted surveys with local employers and interviews with key industry informants.

Taking all of the region-specific factors into account, the projected number of direct jobs that would be created over the next 10 years would be 1,100 under the contradictory scenario, 2,840 under the baseline and 4,150 under the expansionary one. The study results indicate that even under a good case scenario (no downturn in the mining industry), the number of jobs being created every year would be around 300-400.

The occupations in highest demand will include trades and production occupations such as underground miners, millwrights, mineral processors, heavy equipment operators and electricians. This is not surprising given that many current projects are expected to move into production.

Because of the older age structure of the workforce in the Thunder Bay District, employers will face challenges in replacing the significant loss of skills due to the large number of experienced workers that will be retiring. Of particular concern will also be the managerial and supervisory roles which require extensive working experience.

In conclusion, the MiHR study provides decision makers in the Thunder Bay District with a better understanding of the emerging mining job opportunities but also the challenges inherent with matching the trained workforce required by a growing mining sector. I will cover the challenges in more details in future articles. 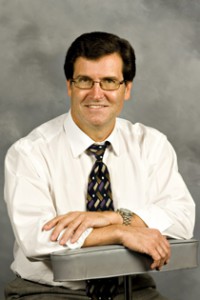 Frank Pullia is the Co-Chair of Business of the North Superior Workforce Planning Board. He can be reached at 767-6579 or at frank@frankpullia.com The full report can be viewed at www.nswpb.ca