Home NNL Headline News Wind Concerns Ontario – “This is … a seismic shift in the... 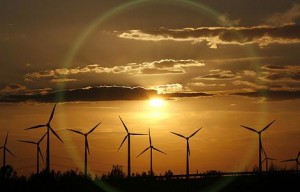 THUNDER BAY – Wind Concerns Ontario is reporting that it appears there has been a change in the position of the Canadian Wind Energy Association with regard to the impact of noise and wind turbines. “In an October 12 interview on Global Television, the president of the Canadian Wind Energy Association (CanWEA), Robert Hornung stated that “wind turbine sound…can have potentially indirect health impacts”.

Wind Concerns Ontario states, “CanWEA has consistently claimed that there is no direct link to health effects from wind turbines. That official position statement is now different”.

“Mr. Hornung has admitted many times that people living near wind developments may be annoyed by wind turbine sound. Noise annoyance is recognized by the World Health Organization and Health Canada as an adverse health effect that can lead to stress, cardiac events and morbidity”.

“This new choice of language by the president of the lobby group for industrial wind developers in Canada indicates a seismic shift in the understanding of CanWEA of what people in Ontario have been saying for over three years,” said Ian Hanna, Chair of Wind Concerns Ontario. “It is time for the industry and Wind Concerns Ontario to start a new kind of dialogue where the truth is not swept under the rug.”

A recent Environmental Review Tribunal Decision declared that wind turbines can cause harm to humans and that now it is simply a matter of degree. The two judge panel also stated that the Chief Medical Officer of Health report of May 2010 showed an “apparent lack of consideration of indirect health effects…”

Carmen Krogh, an independent peer reviewed researcher commented, “The difference between direct and indirect is significant because the adverse health impacts being reported such as noise annoyance, sleep disturbance, cognitive and emotional responses, and stress are those that occur through the indirect pathway.”