Home Politics “Today, there are 1,000 men and women working…” 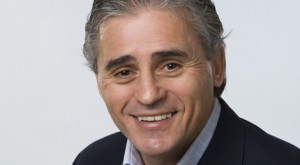 QUEEN’S PARK – Last week we had another great announcement at Bombardier in Thunder Bay. Our government announced a $125-million investment for the building of 50 new bi-level rail cars for GO Transit. This will allow the approximately 250 men and women connected with this line to continue their work-work that began with previous GO contracts.

You’ll remember that the former government wasn’t interested in funding mass transit. As a result, from 1995 to 2003, the local plant in Thunder Bay was in jeopardy of closing.

Our government committed to supporting mass transit in our 2003 platform and since that time we’ve made substantial investments: $770 million for LRVs; $416 million for replacement streetcars; $280 million for subway contracts; $94 million for previous GO contracts; and now another $125 million. In total, our government has invested around $1.7 billion toward a total of more than $3-billion worth of contracts for Bombardier.

Today, there are 1,000 men and women working in Thunder Bay’s Bombardier plant, an increase of 500 to 600, as a direct result of these investments.

This plant and its employees constitute a world-class facility. They produce world-class products and their reputation for quality is well known. The contracts announced, with our government’s support, have positioned this plant as a major employer in Thunder Bay’s economy for years to come and that’s providing greater security to the 1,000 men and women working in this plant.