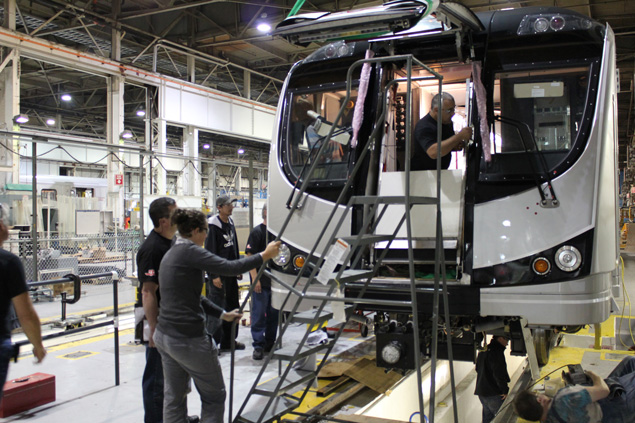 Claude Gingras, the General Manager at Bombardier Thunder Bay stated, “This facility is almost 100 years old now, and always trying to stay one step ahead of the pack.” Gingras adds, “The technology is much more advanced, for our customers”.

CAW Local President Paul Pugh stated, “I don’t think I can over emphasis how important this contract is, it is huge for both the workforce and the city. I think the thing I am most proud of is without a plant like this, the Thunder Bay economy would be in big trouble today”.

“Toronto’s Rocket subway cars, which were made right here in Thunder Bay, are a testament to the quality of our manufacturing,” said Mayor Lynn Peterson with regard to the unveiling. “It also reminds us of the hard fought campaign and community teamwork that secured the largest light rail vehicle contract in Canada for Bombardier. That success has paid incredible dividends for our City in jobs and economic development. This is a proud moment for Thunder Bay.”