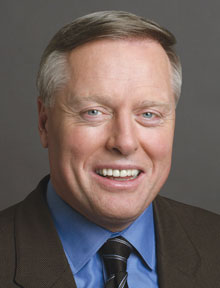 QUEEN’S PARK – This proposed legislation is long overdue. Addiction to things like OxyContin and Percocet is a problem that has been growing at a serious rate for some time in the province. So it is, as I say, long overdue that there be some response from the government.

The response that is part of this legislation is, as I read it, for the most part focused on monitoring and education, and those are good things. You have to monitor the degree to which these kinds of drugs are being prescribed and over-prescribed or improperly prescribed, and you have to work with pharmacists, physicians, mental health agencies and patients in the area of education. Those things are good and fine, but there are two other aspects to this issue which need to be addressed as well.

Chiefs of First Nations in my constituency tell me that what happens then works something like this: That period when someone realizes they’ve got an addiction and they need to do something with it and they’re told, “Well, come back and see us in six months,” often results in an even more serious addiction. When people are told, “You can’t get help. Sorry, there’s no help now. You have to come back and see us in six months and we might be able to help you,” people then go right back into the addiction. You have to be able to address people’s needs when they recognize their need, and if you cannot address the need then, the problem becomes even more serious.

The legislation is very skimpy, and the government’s public relations production here is very skimpy on treatment. Treatment has to happen, otherwise we have a crisis on our hands that we have not even begun to understand.

Let me give you an example from some of the First Nation communities in my constituency. The addiction rate in some of those constituencies is 30% or 40% of the people or higher—30% or 40%. So in a community with a population of 1,000, 300 or 400 people in the community are addicted to Percocet and OxyContin. The kind of scenario that we heard of women selling themselves on the street to pay for their addiction happens all too often.

This brings me to another part of this: There has to be a legal response. Chiefs of First Nations have been asking this government for emergency powers to set up the kind of search and seizure at just two airports, the Sioux Lookout Airport and the Red Lake Airport, to interdict the supply of drugs coming in. Let me say this: If this were Toronto and we had 400,000 people addicted to OxyContin and Percocet, I think governments would take an emergency response. We would see serious search and seizure at the airport.

Yes, the Charter of Rights protects people’s rights, but when you’re dealing with an emergency situation and hundreds of people are dying, it seems to me that calls for a legal response to that emergency crisis.