Breaking News!July 14, 2020 – Ontario Premier Doug Ford Media Conference
Home Sports It will be a Night to Remember in Thunder Bay! 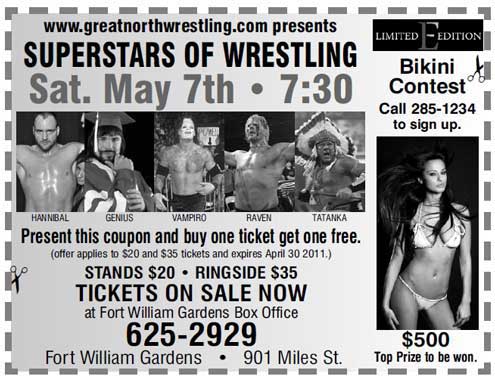 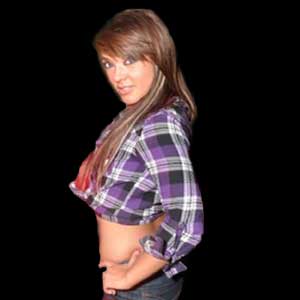 THUNDER BAY – May 15th is increasingly becoming a date to mark on your calendar if you are a fan of the physicality of the squared circle. It will be a Saturday night to remember in Thunder Bay as professional wrestling takes over the Fort William Gardens.

The event is continuing to grow. Max Moskal of Great North Wrestling tells NNL that another new match has been signed, a women’s match with Candy Girl, a 5’ 2” package of sweet dynamite. In the women’s match the special Guest Referee will be none other than Clint Harris from the Chronicle Journal.

Harris may have his hands full trying to keep the ladies in line, but likely will not have the same degree of challenge that Hardcore Champion Terry Funk will have.

Funk has been drafted as the referee for the Hardcore Match between Vampiro and the Apocalyptic Nightmare Hannibal.

The card just keeps becoming more and more exciting. The card is featuring a line-up of wrestlers including Thunder Bay’s own Vampiro who will be wrestling in front of a hometown crowd for the first time in his career.

A Thunder Bay fan-favourite, Lanny “The Genius” Poffo will also be on the card. Poffo is also going to be reaching out, while in Thunder Bay to young people at several venues across the city.

It may not be well known outside the wrestling ring, but Lanny is also an author as well as an amazing motivational speaker with young people. Poffo’target is a message to youth that smoking and drugs are just not cool.

Last year, in Thunder Bay, Poffo shared his message, as “Lanny the non-smoking Dad” with youth at the Boys and Girl’s Club as well as students at Woodcrest School. At the Boys and Girls Club, he was challenged by Caitlyn, who is an amateur wrestler herself.

Poffo is preparing not only for his match in Thunder Bay, but is putting his undefeated record in the GNW on the line.

If you have a youth group who would like to hear from Lanny Poffo while the Superstar is in Thunder Bay contact james@netnewsledger.com.

If you have not got your tickets yet, the real question is what are you waiting for? You won’t want to be at work on May 17th having your friends and co-workers telling you about their exciting Saturday night in Thunder Bay.

Tickets are available at the Fort William Gardens Box Office, you can charge by phone by calling (807) 625-2929.