The aging reactor was shut down last May for repairs after power outages and heavy water leaks. Operator Atomic Energy Agency of Canada (AECL) recently announced restart of the NRU reactor was being pushed back until July, further delaying resumption of isotope supply. While the cost of repairing the reactor is running at $11 million per month, a replacement is estimated to cost at least $1 billion. 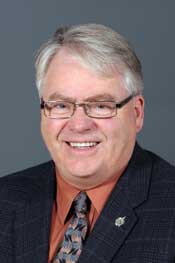 Hyer, a cancer survivor who required medical isotopes for diagnosis himself, said “Life-saving medical procedures for Canadians are being delayed again or cancelled because hospitals are forced to work with less than a quarter of their normal medical isotope supply. Yet another delay in restarting the NRU highlights the need to look at cost-effective alternatives to large nuclear reactors.”

Several Canadian universities and hospitals have proposed the creation of a national network of cyclotrons that would meet most of the country’s isotope needs. Different types of small cyclotrons, which are simple types of particle accelerators typically costing between $1 and 8 million apiece, can be used to produce medical isotopes such as Technetium-99 or Flourine-18 used in different medical procedures used to detect cancer, heart disease, or kidney malfunction, amongst others.

“Strategically placed cyclotrons in medical centres across the country can alleviate our dependence on large, expensive and unreliable nuclear reactors.” said Hyer “The Cyclotron initiative proposed by Thunder Bay Regional Research Institute (TBRRI) will build on our region’s lead on molecular imaging technologies. Better still, as part of a national network, we would help guard against medical isotope shortages in the future – if one cyclotron went down, others could help make up production.”  An estimated 70 new jobs are to be created by the TBRRI Cyclotron & Radiopharmacy initiative, with a direct economic impact of $71 million over the next 5 years.

“Thunder Bay has applied for it, but it hasn’t heard about the feedback on an $8-million [federal] request towards a cyclotron in Thunder Bay, which is one of those areas that needs those short half-life materials for a very large region.” said Hyer during earlier hearings at the House of Commons Standing Committee for Natural Resources, hearing witnesses on the national isotope shortage. “I will be pushing for the federal government to step up to do its part for our regional cyclotron initiative, and the development of a national network.”