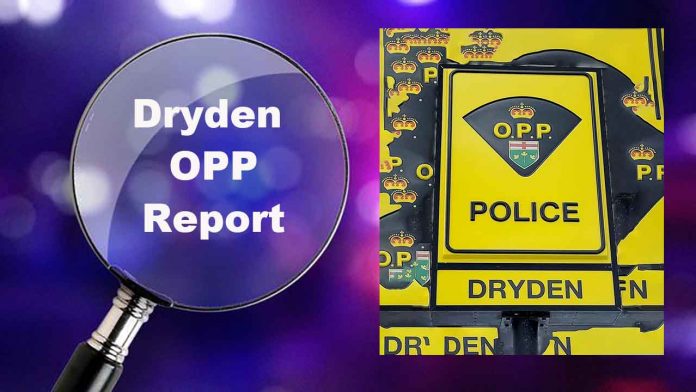 DRYDEN – The Dryden Ontario Provincial Police (OPP) Detachment conducted a routine traffic stop which led to Sean FLETT of Winnipeg being arrested and charged for impaired operation of a motor vehicle.

On January 23, 2023, at approximately 2:02 p.m., members of the Dryden OPP Detachment initiated a traffic stop on a motor vehicle for the Highway Traffic Act violation of having licence plates that were not authorized for the motor vehicle, within the City of Dryden.

Through their investigation, it was determined that the driver of the motor vehicle was impaired by drugs and also was a prohibited driver.

The driver was subsequently placed under arrest and was transported to the Dryden OPP Detachment for further testing.

As a result of the investigation, Sean FLETT, 28-years-old, of Winnipeg, Manitoba has been arrested and charged with:

The accused is being held in custody and scheduled to appear before the Ontario Court of Justice in Dryden on January 24, 2023, to answer to the above charges.

The OPP remains committed to taking alcohol/drug-impaired drivers off our roads through enforcement and public education. If you suspect that someone is driving while impaired by alcohol or drugs, it is important to call 9-1-1 to report it.