Home News National News Acquisition Packages sent to Shocked Landowners prior to a Secured Hydro One... 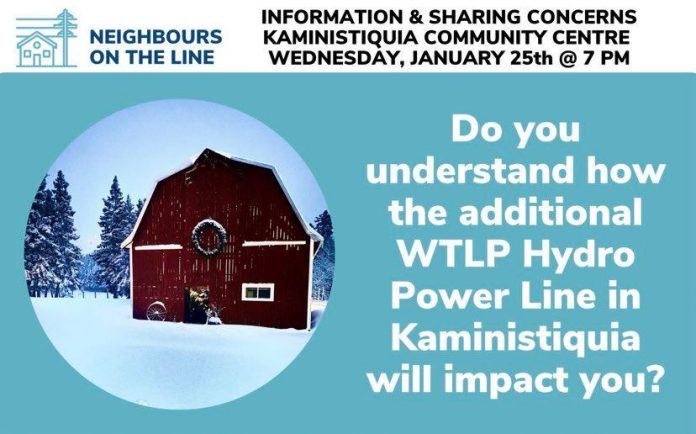 This comes on the heels of several Land Acquisition Compensation Principles packages sent to residents who say they have been caught unaware.

At the Hydro One Waasigan Transmission Project Line Open House on January 16th, 2023, attendees were told that the route in question was a preliminary preferred route.

However on the same week of January 16th, 2023 it was released to the media that this was the route of the WTLP. Yet on January 20th, 2023 landowners were told via email that the Environmental Assessments for the properties were not completed and/or compiled, however residents are presently being sent packages for monetary compensation offering a myriad of percentages of their property values based on Easement Interests and Assessment Values.

This is a way for a large corporation who understands the underhanded actions it is taking to divide a community against itself. Let’s hope the folks here in the Kaministiquia Community and all up the line can rise above the monetary offering and stand up for their neighbours.

Noted in the cover letter is a clause, “Adoption and application of these compensation principles provides real value for timely settlements and seeks to avoid potentially lengthier, less flexible and less certain outcomes associated with the legislated expropriation process.”

This adoption clause would appear to be polite extortion taking advantage of landowners who may otherwise not be able to protect themselves against a corporation like Hydro One Networks Inc. This does not seem to be fair or lawful business practices. It is also confusing as to why these Acquisition Packages are being sent out when the necessary assessments have not been completed to ensure the current route is appropriate.

In one case, this ‘compensation package’ is being sent to seniors who are planning to spend their retirement in a home they renovated specifically for these years on property that they own and have owned since 1987. There was no thought of ever moving. Furthermore, their child moved back to this parcel of land with their grandchildren, so they could plan as a family to support one another in the years to come. Another family had recently upgraded their home with a brand-new deck and was told they would have to take one of these ‘compensation packages.’ The value of property assessments in this area is very low in consideration to the rest of Canada, causing severe undue hardship to these families. All of this is happening apparently, as per Hydro One, while the current WTLP route is still in the preliminary stages.

It would seem Hydro One Networking Inc. is heavily pressuring landowners that do not want to move, off property that they have no intention moving from, when apparently the route is still in its preliminary stages. It is the hope of those in the Kaministiquia Community that a representative of Hydro One attends the January 25th Information and Sharing Concerns evening to answer to these current actions and community concerns. 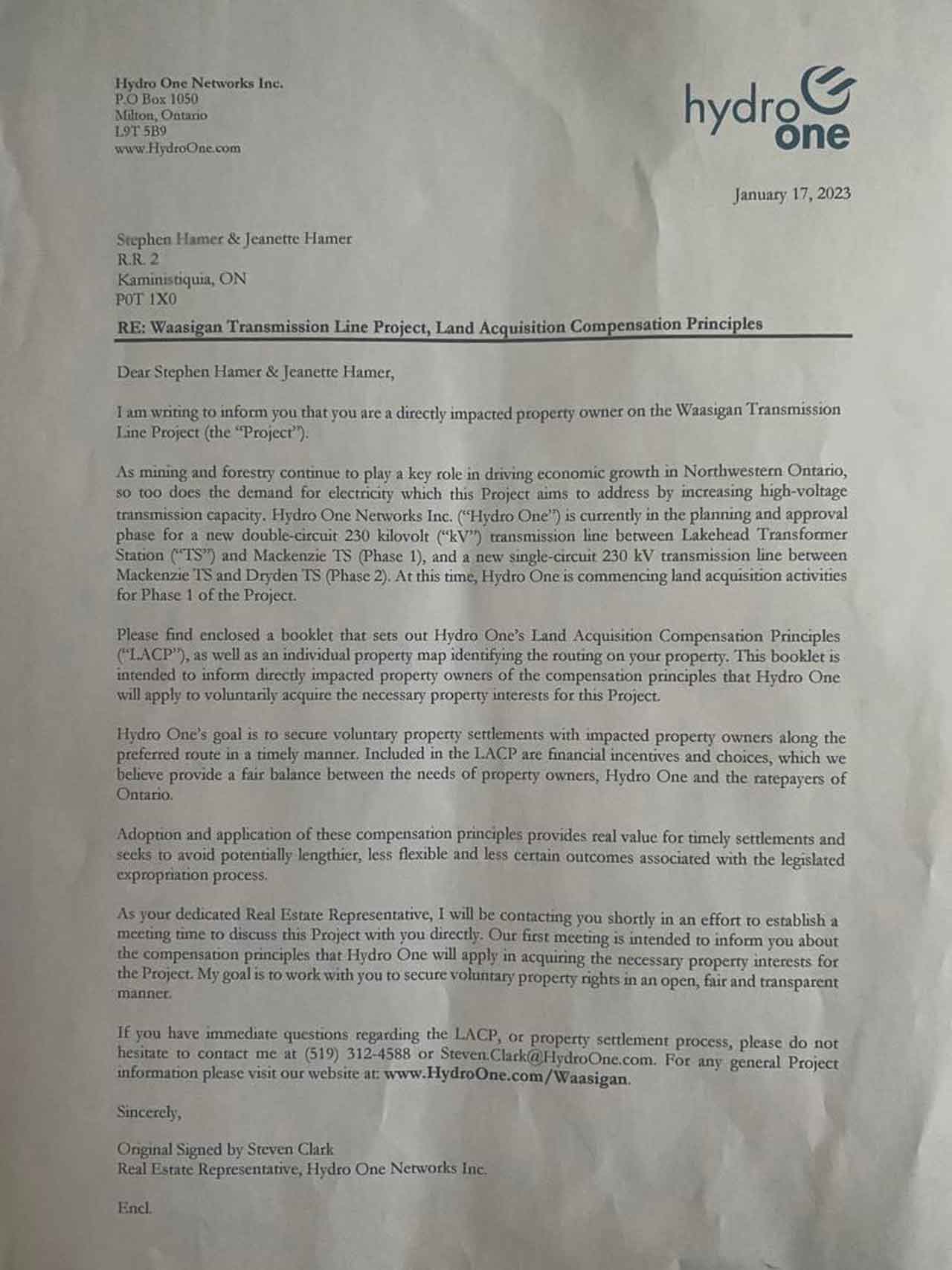 Hydro One Working to Restore Power After Wednesday Storm