Home Sports National Sports NFL: The Biggest Shocks in the History of the Playoffs 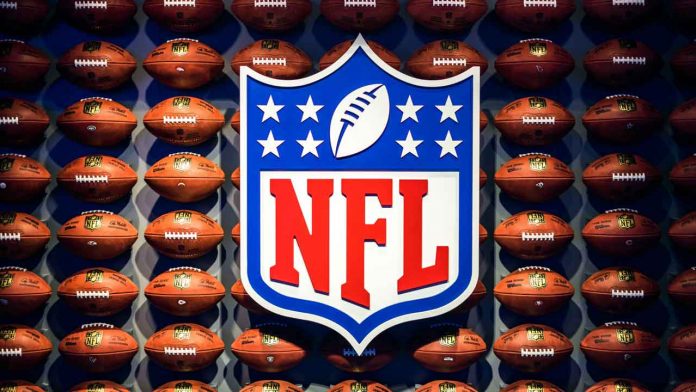 The 2023 NFL playoffs are now underway, and the race to Super Bowl LVII is well and truly on. Glendale, Arizona’s State Farm Stadium will play host to the big game, and as things stand, it’s anyone’s guess as to who will contest the showdown in the desert on February 13th.

The Kansas City Chiefs are the top seeds in the AFC after amassing a record of 14 wins and three losses in the regular season. They have made it to at least the conference championships in each of the last four seasons, and with quarterback Patrick Mahomes firing on all cylinders so far this term, it would take a brave punter to bet against them making it five on the spin this year. All that stands between them and doing exactly that is the Jacksonville Jaguars.

The Florida-based outfit came back from 30-3 down to win 31-30 against the Los Angeles Chargers in the wildcard round. Online bookmakers such as Bodog, which provides Super Bowl odds, make the Jaguars massive underdogs for their trip to the Chiefs, and it will take similar heroics if they are to pick up another victory in Missouri.

Whoever comes out victorious in that matchup will face the winner of the clash between the Buffalo Bills and Cincinnati Bengals for the AFC championship. Both the Bills and the Bengals – who were beaten in the Super Bowl last season – have been on fire in the 2022/23 season, and the winner of that clash could well be the favorites to lift the Lombardi trophy.

In the NFC, it appears that the San Francisco 49ers and Philadelphia Eagles are on a collision course for the championship. That duo impressed in the regular season, and both teams will be aiming to secure their spot in the Super Bowl next month.

The recent NFL playoffs have been jam-packed with exciting games, come-from-behind wins, and unbelievable plays. While the NFL has had some amazing finishes, the best games are the ones that cause you to look twice – the biggest upsets in playoff history. And while there are plenty to choose from, these are five of the best.

The Rams were one of the most dominant teams in the early 2000s, winning the Super Bowl against the Tennesee Titans at the turn of the millennium. They were huge favorites to win another two years later and headed into Super Bowl XXXVI with a regular season record of 14-2.

Their opponents, The Patriots, had a more modest record of 11-5 and weren’t given a chance by pundits. But Tom Brady managed to wave his magic wand, masterminding a 20-17 victory, and started a dynasty of his own.

This was one of the most highly anticipated Super Bowl matchups in history, as the Patriots were looking to complete the first perfect 19-0 season in NFL history. But the Giants, a team that hadn’t won a playoff game for seven years, pulled off a huge upset and shocked the Patriots with a 17-14 win.

Eli Manning orchestrated a late, full-length-of-the-field drive, to steal the victory and consign the Patriots to a gobsmacking defeat. 16 years on, the game remains one of the greatest Super Bowls in history.

The Saints were the defending champions, boasting a 13-3 record and a potent offense. But the Seahawks, with a 7-9 record, had an entirely different style of play and pulled off a 41-36 upset in thrilling fashion.

The Falcons were the No. 1 seed in the NFC and were 13-3 during the regular season. But the Packers, who were 10-6 and had just squeaked into the playoffs, shocked the Falcons with a 48-21 victory. They would go on to defeat the Chicago Bears in the conference championship, before defeating the Pittsburgh Steelers at Super Bowl XLV to lift the Lombardi Trophy for the first time in 14 years.

The Steelers were the No. 2 seed in the AFC and were 12-3 during the regular season. But the Jaguars, who were 10-6 and had Blake Bortles at quarterback, pulled off an astonishing 45-42 upset win that sent shockwaves through the NFL. The Jaguars have been up to their old tricks already in the 2023 playoffs, and if they can somehow find their way past Mahomes and his Chiefs, then they would surely top this stunner from six years ago.

Finally, the New York Giants vs Green Bay Packers in the 2011 playoffs. The Packers had the best offense in the NFL and were 15-1 during the regular season. But the Giants, with a 9-7 record, managed to pull off another huge upset, defeating the Packers 37-20 and sending them to the Super Bowl, where they would once again face and beat the Patriots.