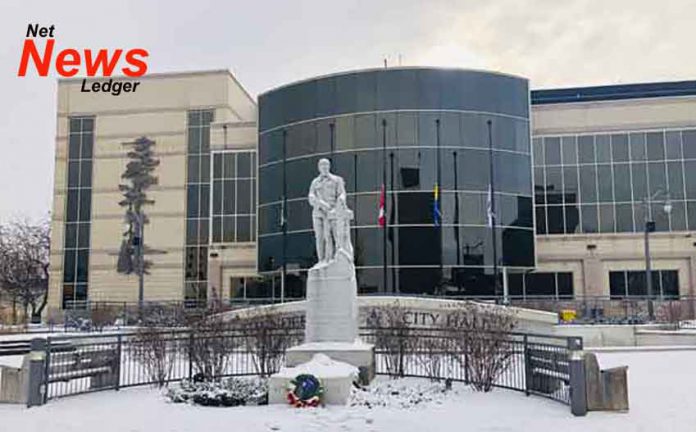 THUNDER BAY – OPINION – One of Thunder Bay council’s newest members says change is coming to city hall. But at-large councillor Kasey Etreni says taxpayers are going to have to be patient.

Etreni made the comment Saturday at a gathering of taxpayers concerned about the 6.2% increase in the tax levy in this year’s proposed municipal budget. They held their meeting at the Mary JL Black Library.

The new councillor says the new members of council are doing their best to absorb a mountain of new information about city hall operations contained in the budget documents.

The implication is that the new council is unlikely to be able to do much about reducing the costs of running the city this year.

That wasn’t what meeting organizer Ray Smith wanted to hear. Smith said if taxpayers have to wait until next year to see council reduce costs, the politicians should dip into reserves to buy time and reduce this year’s levy.

Smith pointed out that last year the city reported it had a $10.9 million dollar surplus in 2021 that was socked away into reserve funds. He urged Mayor Ken Boshcoff , who was also at the meeting, to use those funds to reduce the levy.

The politicians were offered some ideas to reduce this year’s budget, including combining back-office services such as payroll and realty services with TBaytel and Synergy North and delaying the $11 million North Core reconstruction project by one year.

For his part, Mayor Boshcoff says he hopes to find savings by some close questioning of city hall staff during the budget debates.

Ray Smith says he wants to help city council with those deliberations. That’s why he’s hosting another meeting of concerned taxpayers this Saturday, January 21st.

This time he’s asking taxpayers, including city hall employees, to bring their ideas for making cuts to this year’s budget.

Not sure where to start? To prime the pump, I offer some possibilities:  de-fund all ad hoc and advisory committees at city hall; sell Chippewa Park to Fort William First Nation-we’re already in talks to hand it over; freeze design work on proposed new police station; reduce recreation department staffing and pay third parties such as Our Kids Count or the 55+ Centre to deliver recreation programs.

Mr. Smith wants your ideas. But he also wants to help the Mayor with his questioning of administration. He’d like to know what questions you’d ask city hall staff about the budget and city spending.

For example, why has city hall never published an organizational chart of who’s doing what job…. to help councillors with their deliberations?

Can we set up a hybrid fire department that includes professional firefighters and volunteers?

Could civilians operate automated speed traps and enforce the Highway Traffic Act instead of sworn officers?

Mr. Smith says he’ll make sure all of your proposals and questions get to city councillors. Join him between 9:30 am and 12:30 pm this Saturday at the Mary JL Black Library.