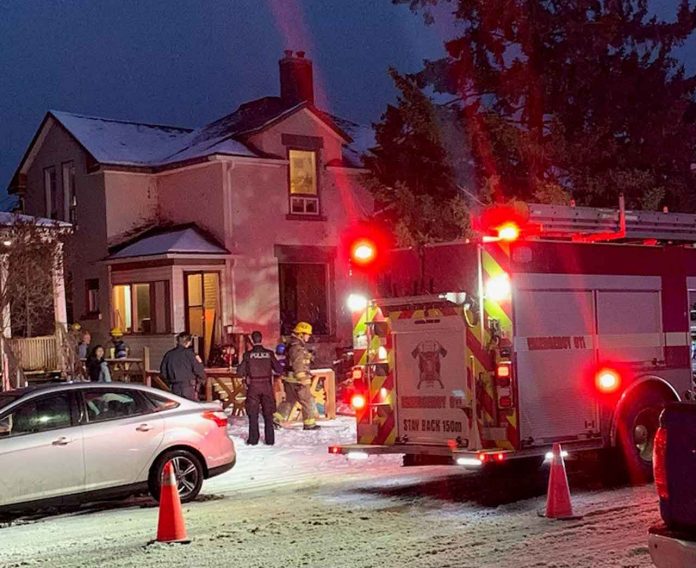 Thunder Bay – News – Platoon Chief John Kaplanis reports that “At approximately 1710hrs (05:10 pm) this evening, Thunder Bay Fire Rescue responded to a report of a possible structural fire in the 100 block of Dease St. Upon arrival crews immediately noticed many occupants of a two story duplex exiting the structure. Fire fighters quickly encountered fire in the interior of the home at the rear of the structure”.

Fire fighters were able to rapidly extinguish the blaze, containing it to one side of duplex and preventing its extension.

Fire fighters conducted a complete search of the home, however multiple occupants of the home escaped the fire without injury after they self-evacuated.

An on scene investigation determined the cause of the blaze was accidental due to materials that had caught fire while the home owner was cooking.

Fire, and water damage was extensive in the room where the fire was contained, with moderate smoke damage to the remaining portion of the home.

A total of 6 Pumpers, Platoon Chief, and an aerial ladder responded to this incident.