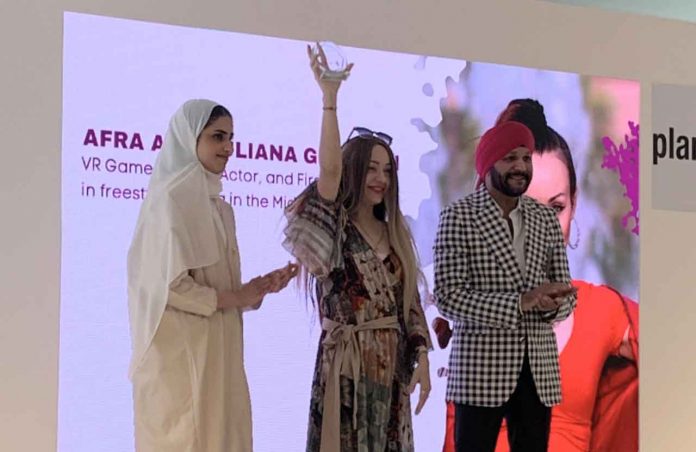 AfraWorld at the Dubai Women’s Run

In this year’s edition of the DWR, Afra participated as an ambassador holding the title of Women of Substance 2022, which she was awarded for being a prolific, independent woman and for constantly contributing to society. 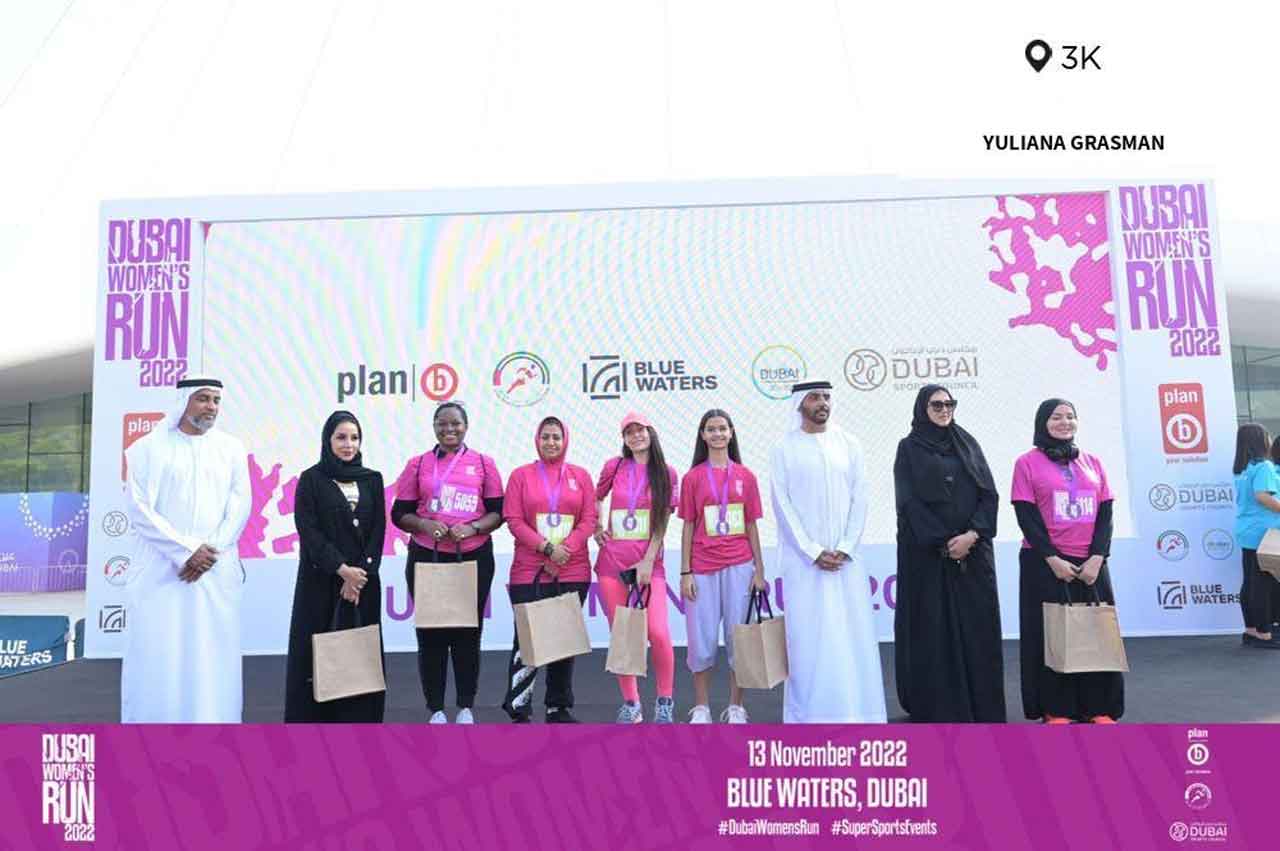 The ninth edition of the Dubai Women’s Run (DWR) took place on Sunday 13 November on the city’s beautiful Bluewaters Island. This is the most significant sporting event for women in the Arab world, and was held under the auspices of Sheikh Mansoor bin Mohammed bin Rashid Al Maktoum, son of His Highness Sheikh Mohammed bin Rashid Al Maktoum, Vice President and Prime Minister of the United Arab Emirates States and Ruler of Dubai.

The event organized by the Plan B group in conjunction with the Dubai Sports Council, the UAE Athletics Federation and the Al Jalila Foundation, was attended by more than three thousand women who covered the 3,5 and 10 kilometers of the race, in support of the cancer prevention movement.

Women of Substance at the DRW

It is a recognition that was born as an initiative that seeks to highlight those women who have managed to overcome obstacles, becoming empowered women and who in one way or another contribute significantly to society.

This year Yuliana Grasman, also known as Afra, was selected by the DRW organizers as one of the most important women in the region, not only for her career in the world of car racing but also for her influence on the world of social networks.

During the event, Yuliana was made online live where  she was a part of the panel of special speakers and replied to her followers about event and spread awareness, as well as she was able to share her experience as an entrepreneurial woman, 4×4 drifting champion, influencer and gamer, with the entire audience.

In addition, with her participation, she also acted as an ambassador helping to raise awareness about breast cancer, and serving as an inspiration and example for all women in the region.

Afra said she was very proud to have had the opportunity to contribute a grain of sand in this beautiful activity, where women of different ethnicities, of all ages and professionals from different fields met, with the sole objective of celebrating the powerful spirit of the femininity and teamwork.