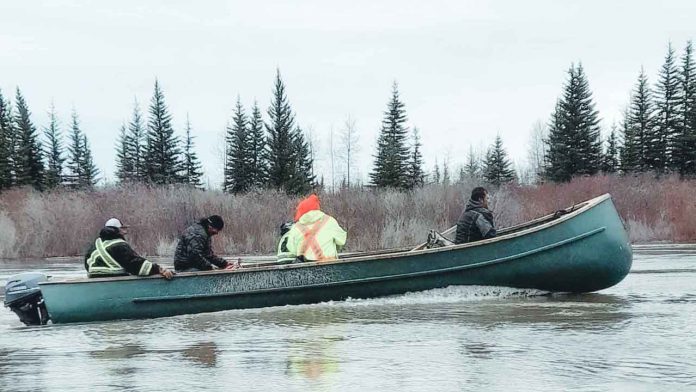 The boaters were stranded on the shore for the night before being rescued by three Canadian Rangers who live and serve in Nibinamik First Nation on October 25.

According to Canadian Ranger Master Corporal Leo Oskineegish, the party of young men were returning from hunting and fishing when their boat capsized.

“They were on their way back when their boat capsized. They built a shelter onshore until help arrived,” said Oskineegish.

With the temperature dropping below 0 degrees Celsius at night, it was decided to activate the Rangers to conduct a search and rescue.

The Ranger search team located the four men and returned them to the community without injury.

Nibinamik is an Oji-Cree First Nation located 500 kilometers north of Thunder Bay, with a population of about 400 people.

The Canadian Rangers are a 5,000-member sub-component of the Canadian Armed Forces’ primary reserve, whose mandate is to provide military presence in Canada’s far north. Members assist with search-and-rescue, other domestic operations, and serve as Canada’s eyes and ears in the nation’s sparsely populated northern territory. Many members are Indigenous and First Nations, and serve in the communities they live.