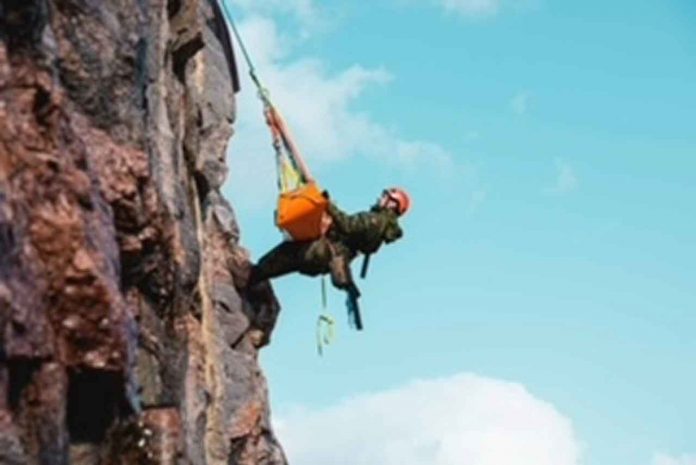 Lead by Dan Kirvan from the Ottawa-based company Raven Rescue, participants spent time both in the classroom and perched atop a cliff.

“It gives the instructors the ability to work and operate with rope on a high angle while performing rescues,” said Warrant Officer Wen.

So far this year, members of 3CRPG have participated in 17 ground search-and-rescue missions, rescuing 23 people, including two stranded truckers on an ice road, an injured Attawapiskat First Nation snowmobiler and two young hunters whose ATVs broke down, leaving them stranded about 100 kilometres away from their communities.

During the course, Raven Rescue staff taught participants a host of rope rescue skills and techniques, including:

The Canadian Rangers are a 5,000-member sub-component of the Canadian Armed Forces’ primary reserve, whose mandate is to provide military presence in Canada’s far north. Members assist with search-and-rescue, other domestic operations, and serve as Canada’s eyes and ears in the nation’s sparsely populated northern territory. Many members are Indigenous and First Nations, and serve in the communities they live.