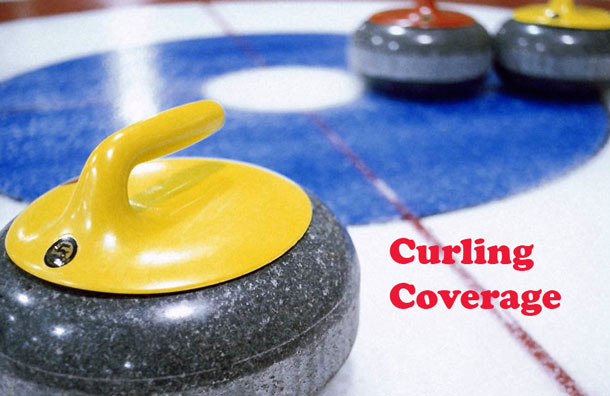 A few dozen shots into the 2022-23 season, it appears safe to say that Brad Gushue and his team from St. John’s, N.L., are still awfully good at curling.

The reigning Tim Hortons Brier champs are playing their first event of the new season, the 2022 PointsBet Invitational at Willie O’Ree Place in Fredericton, and while Gushue and his ’mates will tell you they’re still knocking off the rust after a relaxing summer, their rivals will tell you otherwise.

“There are some loose shots out there — from everyone, I think,” said Nichols. “You’re definitely still knocking a little bit of rust off. You try to manage it as best you can based on what you’re feeling on the day. We had a good practice weekend last weekend (in Toronto), but the instincts take over when you’re out there. Lucky for us, we’ve had enough experience on the ice where we can manage those situations.”

It’s essentially a home game for Team Gushue, who generally has all of Atlantic Canada on board when they’re on the ice, and Friday was no exception as the Fredericton faithful were fired up early by a highlight-reel Gushue shot to close out the third end.

After Epping had made a lovely hit-and-roll to lay buried in the four-foot behind a cluster of granite,  Gushue replicated the shot to score a game-turning four and never looked back.

“We knew that shot was going to be there,” said Nichols. “John made a great roll, but you like making the best of those opportunities because they don’t come along very often.”

And while it’s still only September, big shots are always exciting, and Harnden — no stranger to on-ice celebrations at the Tim Hortons Brier during his years with Team Brad Jacobs — almost found himself in early-March form.

“That was exciting,” said Harnden with a wide smile. “I think anyone who watches me knows that I play with a small amount of energy and I think there’s going to be a point where I let out that fist pump. I’m looking forward to some of those big shots to come because I know there’s lots of them in there. I’ve been on the other side of them, and now I’m looking forward to being on the right side of them as well.”

Harnden is enjoying his first event with Team Gushue after stepping in to replace Brett Gallant this past off-season.

“I know for myself, right from the beginning, everything has felt really comfortable,” said Harnden, who accompanied Team Gushue to the LGT World Men’s Championship, presented by New Holland, in April in Las Vegas, where Team Canada won a silver medal. “We all expect there will be a little bit of a working-out phase for a few things but last week, doing a little mini-camp in Toronto, we were able to iron out a few things, some of the kinks that we thought might be there, and everything feels really comfortable. The really encouraging thing is that I think it’s getting better with each and every game. I’m really excited about being a part of this team and the potential that we have.”

Team Carruthers reached the Final 4 by knocking out No. 4 Team Kevin Koe (Calgary) 8-6, getting a deuce in the 10th end for the victory.

The other semifinal will feature No. 2 Team Brendan Bottcher (Calgary) and No. 3 Team Matt Dunstone (Winnipeg).

The 2022 PointsBet Invitational continues Saturday with the Final 4 semifinal draws — the women play at 11 a.m., followed by the men at 4 p.m.

Live scoring, standings and statistics for the 2022 PointsBet Invitational are available at curling.ca/scoreboard.