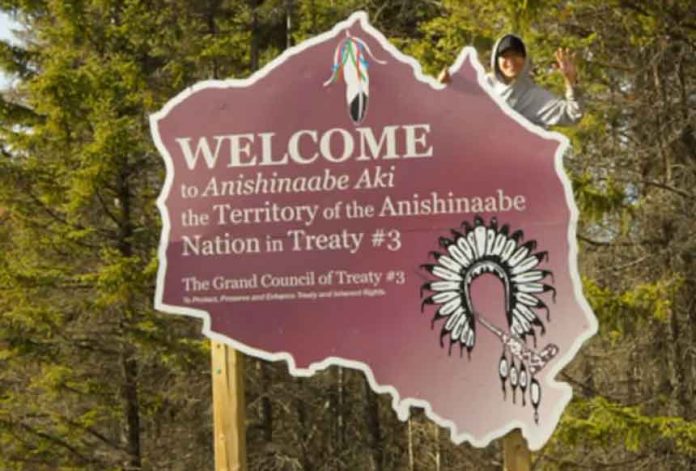 Over the past several weeks there has been media speculation as to the proceedings of the Nuclear Waste Management Organization’s Adaptive Phased Management project and the development of a Deep Geological Repository in the Treaty #3 Territory. In relation to any project in the jurisdiction of the Anishinaabe Nation in Treaty #3, Manito Aki Inakonigaawin (Great Earth Law) provides the guidance and framework for decision making in order to respect the jurisdiction and protocols of both the Nation and Treaty #3 Communities.

“Our people have been learning more about this project but it is a very complex matter. The feeling of the community remains one of skepticism but I can assure everyone that whatever our decision will be, it will be an informed decision,” said Chief Clayton Wetelainen. “If the answer is no, then we will have gone through both our own processes and those under our Nation’s law and Manito Aki Inakonigaawin, to make sure we know exactly what we are deciding upon. If the answer is Yes, our members will have decided through guidance by ceremony, facts and science which has satisfied safety and risk. This will take time, but in the end our decision will be a decision that is founded in fact and one we have made with absolute certainty.”

As it relates to the NWMO site selection process and the proposed nuclear storage through the development of a deep geological repository in the center of Treaty #3 Territory and outside of any municipal boundaries in unorganized treaty territory, it is, and will continue to be the stance of Grand Council Treaty #3 and Wabigoon Lake Ojibway Nation that the Learn More Agreements with the Nuclear Waste Management Organization (NWMO) do not indicate a position or opinion on the development. Alternatively, these agreements and ongoing work of both Grand Council Treaty #3 and Wabigoon Lake Ojibway Nation ensure that the laws and protocols of both, are foundational to any decisions that are made.

These Learn More agreements are resources that allow for the community of Wabigoon and the Anishinaabe Nation in Treaty #3 to ensure these protocols are carried out and inform both the community and the Nation prior to any decision being made. Current agreements speak to development of language revitalization, land based learning, environmental monitoring, Project Assessment processes and education on the nuclear industry (http://gct3.ca/wp-content/uploads/2022/07/GCT3-Nuclear-101-Guidebook-2022-FNL.pdf).

Through respect of Treaty #3 Nation and Community processes guiding the Learn More Agreements the eventual decision of the Anishinaabe Nation in Treaty #3, whether it be in favour or opposition to the Deep Geological Repository, will be informed and rooted in the traditional governance structure, laws and protocols of the Nation ensuring all citizens are represented. The current process includes both Wabigoon Lake Ojibway Nation’s own internal consultation processes as the lead community, as well as the Nation’s process as mandated within Manito Aki Inakonigaawin.

The Anishinaabe Nation in Treaty #3 and Wabigoon Lake Ojibway Nation are resolute in their ongoing utilization of the nation’s protocols through Manito Aki Inakonigaawin and the importance of free, prior, and informed consent. This is only possible through the continued engagement with NWMO through Learn More Agreements. When the Nation provides its decision on these matters it will be informed, rooted in the Nations protocols and be founded on defensible arguments. Historically speaking, ill-advised and emotional reactions by First Nations have led to industry and governments to dismiss decisions and jurisdiction. It is the position of both Grand Council Treaty #3 and Wabigoon Lake that through Manito Aki Inakonigaawin and community consultation protocols, any authorization of the project based on Anishinaabe law will ensure the Anishinaabe Nation’s responsibilities to the land and water are fulfilled.

The Anishinaabe Nation in Treaty #3 and Wabigoon Lake Ojibway Nation will always defend our inherent and Treaty rights as a Nation within its territory. The best interests of the citizens of the Anishinaabe Nation in Treaty #3 will always be of the utmost priority and decisions made by the Nation will continue to be guided by Manito Aki Inakonigaawin and the informed decisions of the people.

For the sake of greater clarity, we have established alliances and partnerships with other regions and tribal governments based on common interests and protocols sanctioned through ceremony. It will remain our position that Grand Council Treaty #3 will not comment or interfere in projects or activities occurring in other regions based on our understanding of the sacred protocols we have with our existing partners.

“The Anishinaabe Nation in Treaty #3 stands behind Wabigoon Lake Ojibway Nation in its consultation processes,” said Ogichidaa Francis Kavanaugh. “I am incredibly proud of Chief Wetelainen and his Council for also recognizing the role of our Nation’s law in the form of Manito Aki Inakonigaawin in these processes that address developments in the core of Treaty #3’s territory. As Ogichidaa, I will always support the will of the citizens of Wabigoon Lake, and the rest of the Anishinaabe citizens in Treaty #3 on all matters within our territorial boundaries.”