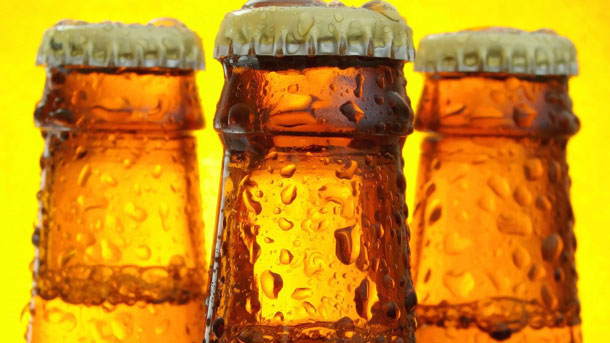 If you thought the taxes you paid on your favourite case of beer or bottle of wine or liquor were high today, the Trudeau government is now saying, “Hold my beer!”

Imagine hearing two bartenders whispering about running up your bill. That would probably lead to an animated conversation if not incite some sort of hullabaloo at the bar. But that’s exactly what politicians are doing with liquor taxes.

While the federal government is about to binge on a huge and sneaky increase in excise taxes, it’s important to know how high liquor taxes already are when all the federal and provincial taxes are added up.

When you crunch the numbers, about half of what you pay for beer is in federal and provincial taxes. It’s more than 60 per cent of the retail price for wine and about 80 per cent for liquor.

Picking up a case of beer on the way to the beach in Prince Edward Island this summer will cost you more just in taxes on a case than the total retail price of a case of beer in 25 American states.

That’s only one example of how outrageous some provincial liquor markup or consumption taxes can be. All provinces have them.

To rub margarita salt in the wound, the sales tax is a tax-on-a-tax added onto your liquor tax bill.

But as if this isn’t enough, before your favourite tasty beverage even leaves the manufacturing facility where it’s made, the federal government has already been tippling, charging among the highest alcohol excise taxes in the world.

And the Trudeau government is going to be spiking that tax in a big way, without a vote, every year.

The most important job of your Member of Parliament is to stand and vote in Ottawa. That’s especially true for taxes. If the government is going to take more of our money, our elected officials must take responsibility for the decision. That’s the cornerstone of responsible government.

However, every April 1, the federal government automatically increases liquor taxes by the inflation rate without a single vote in Parliament. Remember, the inflation rate is currently running over eight per cent. This is no April Fool’s joke. That’s the definition of unaccountable government.

If the government thinks liquor taxes are too low, it could easily increase them in the budget, and MPs could vote on it. This annual and automatic escalator tax isn’t about efficiency; it’s about cowardice.

Taxpayers have a right to know how much tax they’re paying when they crack a cold one or sip a Sauvignon blanc. They have a right to hold their MPs accountable if they push sky-high liquor taxes even higher. Politicians are hoping taxpayers don’t notice the escalator tax, but we can’t let them get away with running up our bar tabs.

The tax hurts the brewers, distillers and vintners who employ thousands of Canadian workers and contribute billions of dollars to Canada’s economy.

The tax hurts the hospitality and tourism sector while restaurants and bars try to recover from the rollercoaster of pandemic rules.

The tax even hurts the agriculture value chain, including Canadian farmers who grow the barley, rye, wheat and corn for this important market.

And the federal government laughs all the way to the bank.

There’s one thing that will stop politicians from jacking liquor taxes: people noticing.

On the undemocratic escalator liquor tax hikes, it’s time to tell the federal government they’re cut off. They’ve had enough.

Robin Speer is the Prairie Director of the Canadian Taxpayers Federation.