Home News International News Inflation is triggering chaos worldwide. Where are the hotspots? 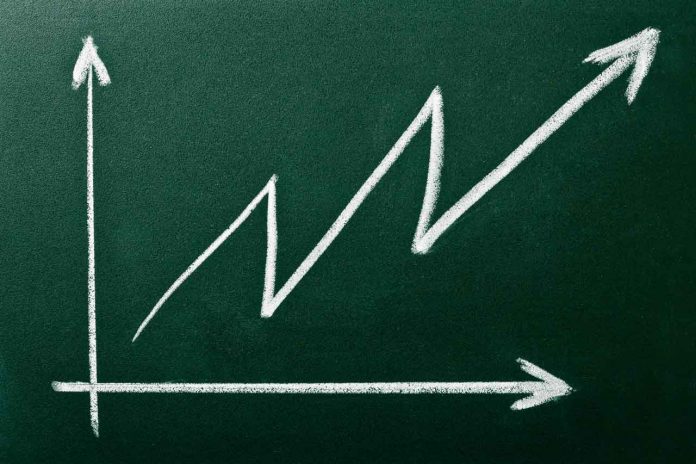 Soaring living costs are triggering protests worldwide. After Sri Lanka, which countries might be next?

NAIROBI – (Thomson Reuters Foundation) – The protests over Sri Lanka’s economic crisis that brought down the government could be the first of many, analysts warn, as unrest over spiralling inflation grows across the world.

According to the United Nations, more than 70 million people in developing countries have been pushed into poverty in the three months since March due to the spike in food, fuel and fertilizer prices sparked by the war in Ukraine.

Even in richer nations, household budgets are feeling the squeeze. In May, an Ipsos poll for the World Economic Forum found one in four people were struggling financially across 11 developed countries.

“Unprecedented price surges mean that for many people across the world, the food that they could afford yesterday is no longer attainable today,” said Achim Steiner, head of the United Nations Development Programme, in a statement this month.

“This cost-of-living crisis is tipping millions of people into poverty and even starvation at breathtaking speed and with that, the threat of increased social unrest grows by the day.”

In Sri Lanka, a chronic lack of foreign currency has led to rampant inflation, mobilising huge protests over rising prices and shortages of basic goods.

From Britain and France to Iran and Guinea, protesters and strikers are demanding wage hikes and more cash from governments to help cope with rising living costs, raising the risk of increased strife and violence.

Here are five countries to watch:

Security has been deteriorating in Haiti since the July 2021 assassination of President Jovenel Moise, which has worsened an already fraught political situation in the Caribbean nation.

Earlier this month, demonstrators blocked the streets of the capital Port-au-Prince to protest fuel shortages amid escalating gang violence, which has killed scores of people and left neighbourhoods trapped without food or water.

Almost half of Haitians are short of food, with hunger set to worsen with inflation at 26%, rising prices and escalating violence, which makes it dangerous to go out shopping or to get emergency aid in.

The island is vulnerable to shocks in the global food and fuel markets as it imports 70% of its cereals.

Pakistan is facing a deepening economic crisis with inflation surging to 21.3% in June – the highest recorded in the South Asian nation in more than a decade.

Fuel prices have risen by about 90% since May after the government scrapped costly subsidies in a bid to cut its surging deficit and resume an International Monetary Fund (IMF) bailout programme.

The political situation remains fragile after Imran Khan was ousted as prime minister in April, amid growing disillusionment over inflation and graft, and signs that Khan had lost the trust of the powerful military.

Like Sri Lanka, Pakistan relies on the import of many essentials, including fuel and cooking oil, but does not have sufficient foreign exchange reserves to ensure supply.

At the end of June, Pakistan’s central bank held only enough reserves for roughly six weeks of required imports.

In Argentina, thousands of demonstrators marched to the gates of the presidential palace this month, lambasting President Alberto Fernandez’s government over soaring inflation and crushing national debt.

Argentina, which has cycled through economic crises for decades, is grappling with inflation at more than 60%, and spiking gas import costs.

The South American nation struck a $45 billion debt deal with the IMF earlier this year, but many Argentines believe it will lead to a rise in poverty and have taken to the streets to demand its rollback.

In addition, there is a power struggle within the ruling coalition which is predicted to intensify ahead of elections in 2023, said Verisk Maplecroft, a subsidiary of Verisk that produces risk analytics.

Protests are likely over the next year, driven by economic concerns and anger over the IMF deal, said risk consultancy firm Crisis24.

In recent months, thousands of Tunisians demonstrated against President Kais Saied, who suspended parliament a year ago to rule by decree in a step his opponents call a coup.

The small north African nation’s economy and public finances are in crisis and the government is in talks with the IMF for a rescue package amid widespread poverty and hardship, exacerbated by the war in Ukraine.

Mass civil unrest is a possibility, say analysts at Verisk Maplecroft, with Tunisia set to be among the hardest-hit by a global cost of living crisis.

Tunisia – which like many other Middle Eastern countries is heavily dependent on grain imports from Russia and Ukraine – has seen inflation hit a record 8.1%.

This has prompted protests – including a nationwide strike in June by the largest trade union which opposes government plans to freeze wages and cut subsidies as part of the deal to secure the $4 billion loan from the IMF.

In Kenya, the cost-of-living crisis is fuelling tensions ahead of Aug. 9 polls. Inflation is running at a five-year high of nearly 8%, driven by jumps in the price of staples such as wheat flour, cooking oil and petrol.

The East African country is also facing the worst drought in more than 40 years, creating widespread hunger and leaving it even more dependent on costly imports.

Earlier this month, hundreds demonstrated in the capital Nairobi over spiralling food costs and threatening to boycott the presidential and general elections.

Elections are often highly contentious and polarised, with many voting along ethnic lines. They have sometimes been marred by intercommunal violence.

An estimated 1,300 people died in clashes following a disputed 2007 election, and some Kenyans fear trouble if the outcome of the upcoming vote is contested.

Inflation Taking a Big Bite Out of Families and Businesses