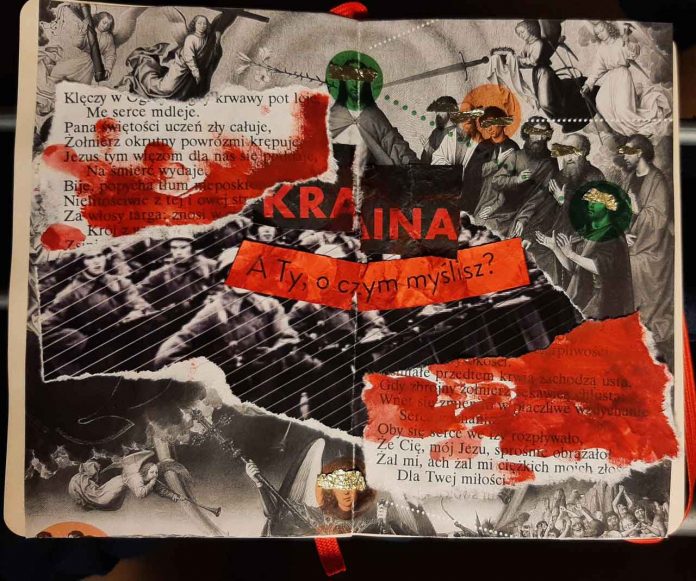 KYIV – NEWS – In early April many in Ukraine and abroad were appalled by war crimes Russian forces committed on their way to Kyiv. Despite all the gruesomeness of their deeds, it is certainly not a black swan.

The reaction was overwhelming. Ukrainians, who managed to cope with 8-year long war, could no longer go back to normal. In February 2020 a relative majority in Ukraine thought well of Russians. In May 2022 92% of people declared a negative attitude to Russians. Zelensky who made his way into politics with a catch-all populist agenda could not refrain from observing this change. Soon after the crimes became evident, the negotiation grinded to a halt. Not only is it difficult to negotiate with Russia due to its unrestrained demands, but simply because any outcomes of such negotiations will not be approved by the public.

Such surprise-rise reaction proves that the majority of the Ukrainians managed to ignore the war which was raging prior to the 24th of February. During the last 8 years Russian behavior in the temporary occupied Crimea and regions in the east of Ukraine was not much different.

The Crimean Tatars are an indigenous ethnic group of Crimean Peninsula, although for the good half of the twentieth century they resided outside Crimea. In 1944 Soviet dictator Joseph Stalin ordered to deport them along with many other non-Slavic people who resided on the peninsula. A third of deportees died on their way to eastern regions of USSR. Crimean Tatars were banned from returning to Crimea until 1989. It is perhaps one of the greatest points of Krelmin cynicism that after the peninsula was occupied in 2014 the Crimean Tatars soon became the target of repressions once again. According to Crimean Tatar NGO “Crimean Solidarity” within 8 years at least 120 qırımlılar, as they call themselves, were prosecuted in made-up cases. To fabricate the “evidence” Russia’s security service uses the methods reminiscent of their predecessors from Stalinist NKVD – blackmail, beatings and torture. For instance, in September 2021 Russians abducted Crimean Tatar Asan Akhmetov. Having brought him to an unknown location, they put electric wires on his ears and tortured him with electricity until he agreed to voice self-accusatory remarks which had been prepared for him. The video of Asan reciting it is now used in trial against him.

The very same technique of torture was recently used in temporary occupied regions in the south of Ukraine where Russian forces from Crimea are operating. They did not even bother to remove electric wires from the ears of an abducted local while filming his remarks and then posted the video online. It is thus does not appear to be an isolated incident, but rather a uniformed approach.

But these “standard operating procedure” are certainly not limited to the south of Ukraine. Tortures as the main method of carving the reality into the propaganda-modelled world has also been predominant in the eastern regions occupied since 2014. Journalist Stanislav Aseev from Donetsk was abducted in 2017 and spent 2 years in “Izolyatsia” prison. He also underwent torture with electricity. Rape was among the instruments collaborationists flanked by Russian secret service officers used in “Izolyatsia” to destroy the dignity of a human. As of summer 2021, around four hundred Ukrainians were illegally detained in Russia and temporary occupied Crimea, Donetsk and Luhansk regions.

Russian forces did not change much since the wars in Checnya and Georgia in their humanitarian approach. For instance, European Court of Human Rights found that Russia is responsible for death of 170 Chechen civilians that resulted from indiscriminate bombing of Katyr-Yurt village with free-falling FAB-500 bombs. This Russian unexploded projectile was recently removed from the residential building roof in Kharkiv by the Emergency Service of Ukraine. In a recent ruling, ECHR also found that around 160 Georgian civilians and some 30 prisoners of war were tortured by the Russian forces. The 2008 Russo-Georgian war lasted 12 days and was fought by some 80 thousand Russian soldiers. Russo-Ukrainian war is at a very different scale. Bearing this in mind it is clear why Kremlin announced that rulings made by ECHR after 15th of March 2022 will no longer be binding for Russia.

Why are these regimes of violence so prevalent in Russian land grabs? One would intuitively explain these policies by saying that Russian occupation administrations attempt to stoke fear in the population and thus cement their control over territory. Why would than the Russians behave in the very same way within the borders of their country? Russian human rights activist Vladimir Osechkin published numerous photos and videos from Russians prisons. The very same methods of torture are used against Russians irrespective of their religious, political or ethnic identity. Acts of sexual violence are filmed to extort money from the victim prisoners. One fifth of Russians openly declared that torture is acceptable. Thus, it is not a mean Russian state adapts to follow foreign policy ends. It is a practice which is enabled by and acceptable within the Russian society.

Are Russians inherently inhumane? Of course not. This situation is a product of a long-term tendency. Since the fifteenth century serfdom was critical to Muscovite economy. This slave-like class was abolished in 1861, but village community persisted to be the main form of social organization. After the 1917 revolutions the previous social structures were abolished, but after 13 years of relative most Russians along others Soviet nationals became subject to collective farms. In other words, such social system allowed collective rights and identity preside over individual collectives. Russians did not fully utilize the brief democratization window that opened with Perestroika. Petrodollars allowed Kremlin to settle public mobilization at the onset of the new century. As time passed by, the window became air vent and then it morphed into a slit. Now there is barely anything left of it.

Ukrainians had 8 years to understand war prepare for the next stage of it. Europeans had good 20 years to understand what Russia has become once again. Longitude polling by Pew Research shows that the attitude to Russian in Germany, Spain and France did not change between 2007 and 2020. Everyone except for the Ukrainian military and civil society simply wasted time being preoccupied with other issues. Now the shocked need to learn a new vocabulary while Ukrainians pay.