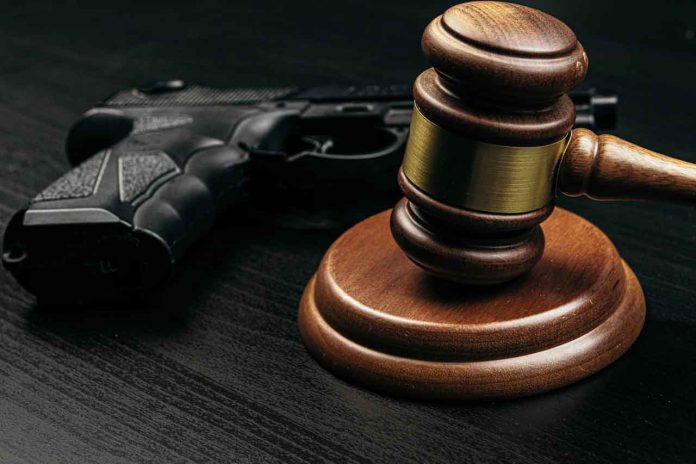 THUNDER BAY – OPINION – With eight murders in Thunder Bay so far in 2022, the city is heading toward having that unwanted and dubious title of Murder Capital of Canada.

In 2019 with seven homicides, Thunder Bay held the title. The City of Thunder Bay could be spared the title for 2022, only because Winnipeg is also having a lot of murders this year as well.

For Thunder Bay often there are two factors at the base of many of the murders in the city, first is drug addiction, and second is what can only be called our revolving door legal system in the city.

The number of times Thunder Bay Police officers are re-arresting individuals for a breach of the conditions for which they were let out is honestly incredible.

It is increasingly apparent that repeat offenders are not taking the legal system seriously, and that in bail court the rulings to re-release repeat offenders is very well entrenched in the process.

What is needed perhaps is more justice in the system and less legal wrangling.

It is totally understandable for a first time offender to be given the benefit of the doubt and released with conditions. It is extremely foolish for second and third time offences for the courts to simply re-release an accused with basically the same conditions.

One of the keys to solving the crime problems in our city start at the base level of dealing with addiction.

The beating of a man on May Street South was drug related. Apparently from some sources, NNL is told it was a retaliation for drug debts.

We have seen the number of deaths which can be attributed to the drug trade in our city continue to climb. We have also seen the number of overdoses continue to climb. Sources tell NetNewsLedger that some of those reported deaths are a result of forced overdoses. The deadly impact of fentanyl has the ability of a drug dealer wanting to send a message by overdosing an overdue addict.

Perhaps one of the solutions would be – even if it raised the homicide rate – would be for greater investigation of suspicious overdoses, along with charges for drug dealers for causing the death of people for whom they sold drugs too.

Section 225 of the Criminal Code allows that charge:

“Where a person causes to a human being a bodily injury that is of itself of a dangerous nature and from which death results, he causes the death of that human being notwithstanding that the immediate cause of death is proper or improper treatment that is applied in good faith”.

It could be short-term pain for long term gain.

Political will is needed – and in terms of a political legacy a safer Thunder Bay would be a goal well worthy of achieving.