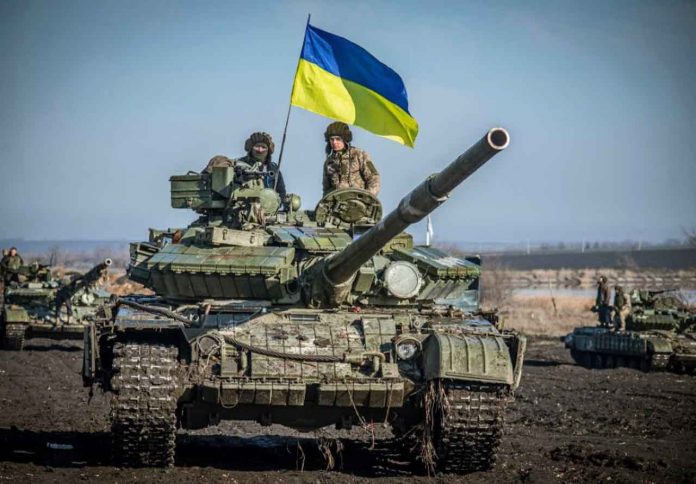 Russian and Ukrainian forces are locked in a fierce battle for the city of Severodonetsk.

The Ukraine city of Severodonetsk was largely cut off Monday, when the last bridge connecting it to Ukrainian re-supply routes was destroyed by Russian heavy bombardment according to Ukraine officials.

Mayor Alexander Stryuk said today, “It was quite difficult to reach the city, but not impossible”.

There are over 500 people who remain trapped inside a chemical plant in Severodonetsk, according to Mayor Stryuk, who says officials are trying very hard to help them as the situation on the ground changes constantly.

The city is seen as key to Russia’s goal to consolidate their control of the eastern Ukraine.

Mayor Stryuk say Tuesday that Ukrainian troops are holding on amid heavy “street fighting” and that the city is not yet surrounded.

The Ukraine invasion by Russia seems lately to have fallen off of the top of the news cycle.

The war has gone on now for well over 100 days.

Deaths continue to mount, international leaders in many western countries are far more silent than they could or should be over the aggression from Russian President Vladimir Putin.

In the aftermath of World War 2, American General George S. Patton was removed from his role as military governor of Bavaria.

That was partly due to his views on the Russians as portrayed in the movie Patton.

Right now, the question for the EU and for NATO is what happens if Putin and his regime wins in Ukraine?

Will he be content with just Ukraine? Or will he move into Poland?

That should be the question EU and NATO and the rest of the world should be asking.

United States Secretary of Defense Lloyd J. Austin III will preside at a meeting of the Ukraine Defense Contact Group in Brussels tomorrow (June 15, 2022), to identify and examine the next steps needed to help Ukraine defend itself from Russian aggression.

A senior defense official, speaking on background, expects representatives from up to 50 nations to attend the contact group meeting. “The focus is first and foremost on Ukraine’s urgent requirements to continue the battle, that it’s fighting against Russia right now,” the official said.

The Ukrainians are now fighting a tough battle against Russian forces in the Donbas region. This is a change since the contact group meetings began in April when the Russians were trying to envelop the Ukrainian capital of Kyiv. The Ukrainians needed systems to combat tanks and armored personnel carriers to counter aviation assets.

The tenacious Ukrainian defense, coupled with weapons like the Javelin anti-armor missiles and Stinger anti-air systems, helped the Ukrainians defeat the Russian attempt to take Kyiv and decapitate the government.

The Russians, however, did not give up. They shifted their main effort to the Donbas region in eastern Ukraine. “It is an artillery battle now,” the officials said. “The secretary convened defense ministers to focus on what would be required for the new battle, focusing on artillery, armor, and sustainment.”

Austin coordinates with the contact group to get the correct capabilities into Ukraine when needed. For example, one nation may have an artillery piece, another may have the ammunition, while a third may have spare parts the system needs. The contact group is a way to coordinate the three nations to get the various parts of the system to the front lines of the fight.

The battle now also calls for longer-range fires including multiple long-range rocket systems and other more advanced systems. This also forced a change and the official noted that, in the beginning, Ukrainian forces had trained on equipment that nations provided. But now the systems are more complex and the Ukrainians had not used them before.

This means a shift from simply rushing systems to soldiers. Now, the soldiers must come back to learn to use these new systems. Then, they go back to their units and teach their fellow soldiers how to use and maintain the systems.

The battles in the Donbas region are brutal artillery slugfests. Ukrainian officials said they are losing between 150 and 200 soldiers a day in the fighting. “Ukrainians know themselves best what they’re dealing with, and we actively seek their information on the battlefield conditions,” the official said. “Generally, we take their assessment as reliable and valid. I would say the numbers are not out of line with what you expect of this kind of artillery battle.”

Ukrainians show no sign of giving in to the far larger Russian force. “The Ukrainians have done a great job finding recruits, volunteers,” the official said. “We don’t see any signs of cracks in their morale … but they need the high-end capabilities to be able to fire from further back.”