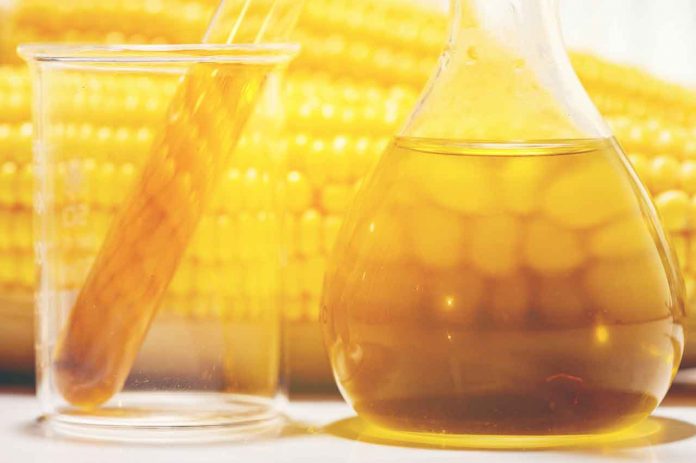 THUNDER BAY – LIVING – The price of liquid gold, also known as gasoline keeps climbing. In Thunder Bay this morning a litre of regular gasoline runs from $216.9.

In the United States the price of a gallon of gas is on average at $5. There are 3.8 litres in a US gallon so that means a litre of gas in the states is running at $131.5.

In states like California and New York it is much higher.

These soaring energy prices are not showing any indication of slowing down in the foreseeable future.

Much of that is global forces which continue to prevent disrupted supply from keeping up with strong demand from countries that are rebounding economic punishment from the COVID-19 pandemic.

While some look at the war in the Ukraine as a cause, economic sanctions against Russia over the invasion of the Ukraine have wreaked havoc with global energy markets, however the fact is that the most powerful measure — the European Union’s planned ban on Russian oil imports — does not even go into effect until the end of 2022.

Some of the solutions appear to be far less effective. Ethanol is one of the greener solutions. However it takes reportedly more energy to produce a litre of ethanol than the vehicle can travel on it.

One area not fully examined will be the speedy moves by governments toward electric cars.

Seen as a green solution to reduce dependence on oil, for Canadians with our long cold winters, having batteries that can charge and hold enough charge to make longer highway trips is needed.

From Sault Ste Marie to Kenora in Ontario, during the winter, often there are collisions that result in road closures.

Sitting in a battery powered vehicle for an extended amount of time will be potentially draining on the battery as a driver and passenger seek to keep warm.

The QAA says, “On the coldest days, your car’s range may initially show as 40 to 50 percent shorter, but that should increase again as the battery heater starts to work. In cold weather AVEQ suggests preheating your car for 20 to 30 minutes before you head out. Just plug it into the charging station— no need to turn the car on”.

We may have the right ideas in finding alternatives to gasoline and diesel fuel but it is likely that the technology is still a ways off to be fully adaptable to our northern cold winters.

Some of that is simply ensuring that the needed charging stations for the large volumes of vehicles is present.