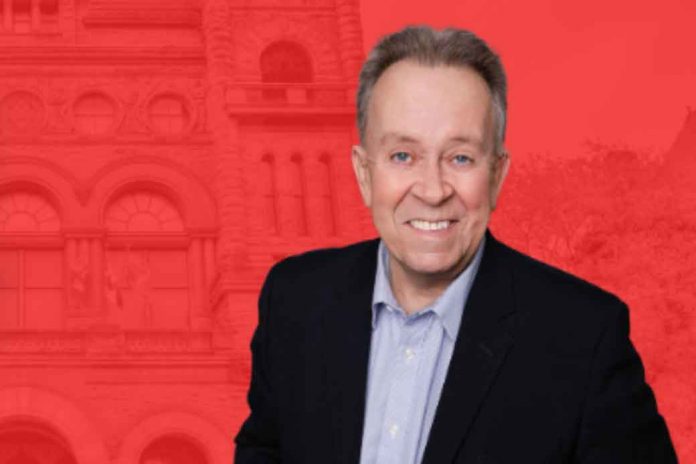 THUNDER BAY – POLITICS – Liberal MPP and political titan Michael Gravelle has announced he will not be running in the 2022 provincial election.

In a statement Mr. Gravelle says, “After a great deal of reflection, and many discussions with my doctors, family, friends and staff, I have come to the conclusion that I will not be able to run a Liberal candidate in the upcoming provincial election. To say that this was a difficult decision is a massive understatement, as I had hoped and planned to continue to represent my constituents at Queen’s Park. However, my health, and the treatments I need to undergo in the months ahead have made that plan impossible.

“It has been an enormous honour and privilege to be your MPP for the past 27 years. Despite my decision today, I am proud of the many accomplishments I have been able to achieve during my time in office.; including the four laning of the highway between Thunder Bay and Nipigon, the first ever Northern Law School here at Lakehead University, providing access to insulin pumps for Type 2 diabetics, and many other improvements to the communities in my riding of Thunder Bay-Superior North. I have worked hard every day to fight to see those positive changes and have had an overall approach to government that is defined by a fight for justice, fairness and equality for all.

“I want to conclude by thanking so many people…..from my incredibly loyal and hardworking staff, to the Leader of my Party who has been so supportive during my recent struggles, to my family and close friends who have been with me throughout this remarkable journey. But, most of all, I want to thank my constituents, who have allowed me to represent them for almost 27 years…..none of what I’ve been able to achieve would have been possible without them.”

Lise Vaugeois, NDP candidate for Thunder Bay-Superior North, released the following statement following news that Michael Gravelle will not be running during the 2022 provincial election.

“I want to wish Michael Gravelle good health, successful treatments and many happy days with his family ahead.  I thank him for his many years of service to the community and wish him all the very best.”

Federal MP for Thunder Bay-Superior North Patty Hajdu states, “It seems hard to thank Michael Gravelle enough for his fierce advocacy for the region. You have undeniably shaped Northwestern Ontario’s development and history in your 27 years of service as MPP. You have inspired so many to serve our region, including me. Your legacy is a gift and we are grateful. We are all with you in this most important time of healing”.