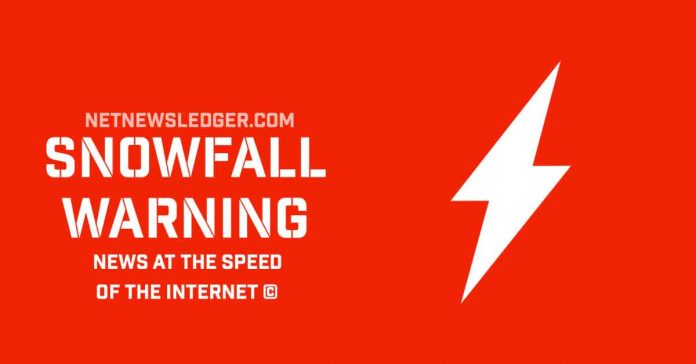 BRANDON MB – Weather – Just days after a major winter blizzard there is a snowfall warning in effect for Southwestern Manitoba.

Snowfall overnight and Sunday with total amounts of 10 to 15 centimetres.

Environment Canada says, “Another clipper system has begun to take shape in Montana and will continue tracking eastward tonight. In southern Manitoba, accumulating snow will begin overnight tonight near the Saskatchewan border and by Sunday morning towards the Red River Valley.

“The snow will taper off from west to east, ending in the east by Sunday night. The heaviest snowfall is expected for communities south of the TransCanada Highway where up to 15 centimetres total is expected. Near the Turtle Mountains and along the southern Pembina Escarpment, the higher terrain could lead to total accumulations locally approaching 20 centimetres.”

Widespread blowing snow is not anticipated with this system as brief wind gusts of 40 to 50 km/h are possible following the bulk of the snowfall Monday morning. Winds will diminish to light for most of southern Manitoba by Monday afternoon.