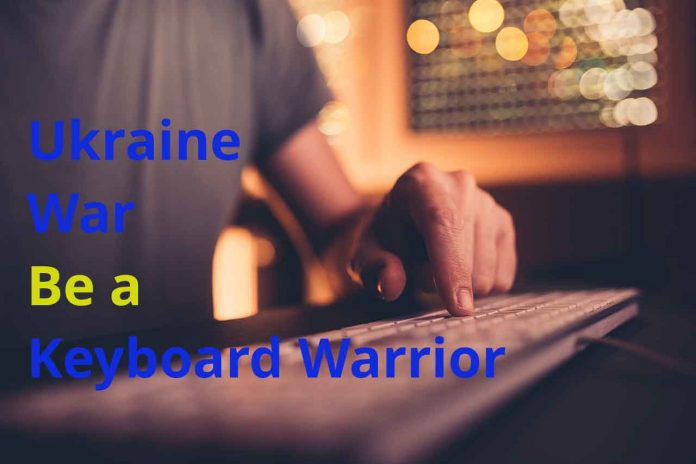 KHARKIV – NEWS – For the past two days, I have been reminiscing about episodes of pre-war reportages from our region when self-confident elderly residents of Kharkiv responded to journalist’s questions in an arrogant and ironic tone:

Translation of an aricle by Ihor Isichenko, an archbishop of the Ukrainian orthodox church, published in the “Ukrayinska Pravda” newspaper on the 1st of March.

– What are you even talking about? What war? With whom? With Russia? Don’t be ridiculous!

Indeed, just a week ago, for the vast majority of our countrymen and women, rumors about the aggression of Russia seemed absurd. They have been brought up surrounded by Russian culture, they mainly or exclusively spoke Russian, felt no civilizational barriers with Russia, where nearly every resident of Kharkiv has relatives and friends.

They couldn’t imagine the reasons for war. Donbas seemed to be somewhere far away. It was convenient to hide from war over there in everyday life with a flat, a car, some work, children, grandchildren, maybe business… And the conflict could have been explained as a misunderstanding between the elites.

All of a sudden, absurdity ended up being a reality.

For the sixth day already we are living under the rhythmic accompaniment of explosions, the first of which could be heard at dawn on February 24th. Dozens of civilians are already dead. Hundreds are injured.

Having lost faith in attempts to overcome the armed resistance of Ukrainians, the aggressor started destroying their homes, killing women and children.

Maybe strategists of the Kremlin, in captivity of their pseudo-historical illusions, actually imagined Kharkiv as a “Russian city” waiting for “liberators”. But they have made a mistake. Because even in the last century, one of the prominent poets from Kharkiv, Borys Chychybabin, wrote about his hometown: “A city with the Russian tongue but with Ukrainian heart”.

Indeed, the amount of the Russian language in Kharkiv has decreased within the last few years. And yet, it keeps prevailing. However, the linguistic atmosphere in no way reflects the climate of the worldview.

Since its foundation, Kharkiv has been proud of its freedoms.

Its first residents came from Dnipro Ukraine to the Wild Fields to turn virgin lands into Sloboda Ukraine — the land of “sloboda”, or free settlements united into Cossack regiments.

In Sloboda Ukraine, the talent of the unique philosopher Hryhoriy Skovoroda was revealed. Here in the 19th century, emerged Ukrainian romanticism and the patriotic movement related to it.

At the beginning of the 20th century in Kharkiv, the motto “One, united, undivided, free, independent Ukraine” sounded for the first time. Even under the Bolshevik occupation, Kharkiv became the center of avant-garde art in the 1920s.

Freedom-loving Kharkiv has always cherished (maybe even secretly from prying eyes) its sense of “Ukrainianness”.

Patriotism here is special, not declarative, quite apolitical. Most people have a resistant immunity to political demagogy.

Patriotism in Kharkiv can be described with a phrase: “Don’t hinder me from living in the way I want”.

However, “living the way they want” suddenly became impossible. The rhythm of life developed over the years has been destroyed. In order to buy some bread, water, and medicine, one has to stay in long lines, while being in danger of being bombarded. At night, one cannot sleep because of the fire of  “Grads”.

Fleeing to the west makes one doom to uncertainty, leaving everything that had value until recently. How can a child not cry about a cat that was abandoned in a flat, which is being bombarded?

It is hard to comprehend the number of tragedies that many families have experienced these last days. Not only those families which suffered losses or injuries — about them it goes without saying.

A flat, which took somebody ages to save money for, was instantly lost. Destroyed property. A burnt-down car. Let’s take a close look at these tragic personal stories. Not one from a distance of political strategies — let’s feel the despair of the offended.

Despair and fury. Fury that is washing off pretend indifference. While being in this just fury, the Ukrainian heart of Kharkiv is beating increasingly louder to every explosion of the enemy’s missiles.