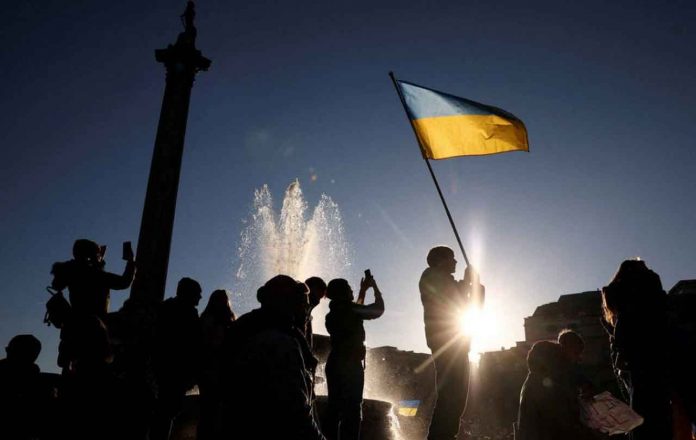 The Pentagon says that, “Effective and creative Ukrainian resistance, combined with poor Russian logistics and sustainment has hindered Russian invasion progress”, This was reported by a senior defense official who held an on-background press briefing today. “There hasn’t been a lot of significant change on the ground in Ukraine since yesterday”, the official said.

“In terms of committed Russian combat power inside Ukraine, yesterday it was around 80%. Today it’s about 82%, which is still not an insignificant percentage of combat power”, the official said. “In Chernihiv, Kharkiv and Kyiv, in northern Ukraine, there’s continued Ukrainian resistance to Russian advances, with an increase in Russian missile and artillery fire targeting infrastructure and media outlets, the official stated.

“Those cities are under assault, but with no appreciable movement by the Russians to take them. They are clearly meeting with resistance,” the official said.

In the south, the Russian invaders made progress, threatening Kerson and approaching Mariupol from the south, and they are also deploying forces from Donetsk in the east toward that area. The official said those cities are still contested.

“The airspace over Ukraine remains contested. The Russians had not achieved air superiority over the whole country. The Ukrainian air and missile defense capabilities remain intact and viable,” the official said.

Russia has now launched roughly 450 short-range and medium-range ballistic and cruise missiles, since the start of the war, the official said.

“We think that there’s lots of reasons why not making the progress that they’ve wanted to make,” the official said. Besides, citing logistical and sustainment problems and resistance from the Ukrainians “we also believe that have had morale problems … so, there’s likely a bunch of factors here that are probably at play.”

While Russia’s naval superiority in the Black Sea has contributed to success in its southern area of operations, with Russian forces breaking out from the Crimean Peninsula and taking territory in southern Ukraine.

Ukraine military has fought well and disrupted plans for a quick and decisive Russian victory, however, the situation is still perilous. Russia is moving to encircle Kyiv and Kharkiv and appears to have switched to indiscriminate long-range fires—resulting in significant collateral damage in residential areas—and is making significant progress in the south.

There remain no firm numbers on Russian casualties. Ukraine Ministry of Defence is reporting over 6,000 Russian dead. There are reports of upwards of 1400 Ukraine civilian deaths.