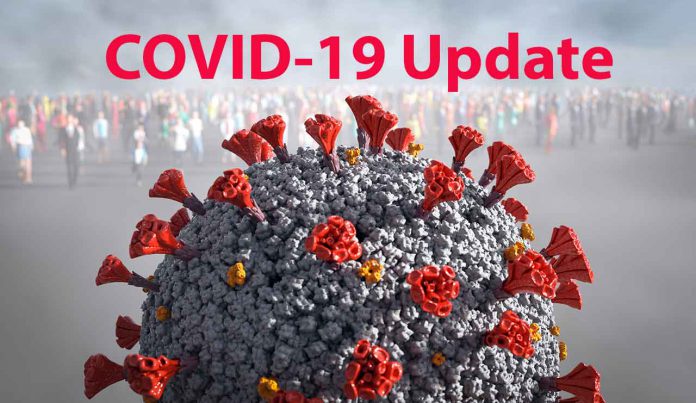 THUNDER BAY – COVID-19 Update – It has been almost two years of first, Coronavirus, then COVID-19 along with lockdowns, restrictions, the Delta and Omicron variants, and now protests.

NetNewsLedger started reporting on Coronavirus in February 2020. Our first video report on the virus was on February 2nd. At that time the world death toll from the virus was at 304 people world-wide.

There have now been 5.66 million deaths from the virus.

It has been a very long two years. As a society, very few people would have thought that in 2020 a virus could have literally changed our world. We now live in a world where washing our hands, getting vaccines, wearing a mask have all become common.

The day I recorded that first video, at Lakehead University I watched two Asian students walking by Lake Tamblyn wearing face-masks. While common at the time in Asia, it was not common here.

Some of the things that seem in far shorter supply are human kindness and empathy. Perhaps it is a result of people spending a lot of time online, behind screens, and not with people face to face. Treating each other, especially now with empathy and kindness is really important.

There are 58 people in the hospital, and 8 in the Intensive Care Ward.

There has also been another death due to the virus bringing the total for the district to 75.

Cumulative TBDHU COVID-19 cases with variants and mutations by type, through Jan 22, 2022

Shows testing indicators for TBDHU vs. Ontario since the beginning of the pandemic.

Active Publicly Disclosed Outbreaks in High-Risk Settings
Note: This table will be updated on business days whenever a publicly disclosed outbreak is declared.

A table of all active institutional outbreaks of COVID-19 in TBDHU.

Shows the indicators relevant to Ontario’s COVID-19 response framework for TBDHU , over a 2-week period.

Globally, during the week of 24 to 30 January 2022, the number of new COVID-19 cases remained similar to that reported during the previous week, while the number of new deaths increased by 9%. Across the six WHO regions, over 22 million new cases and over 59 000 new deaths were reported. As of 30 January 2022, over 370 million confirmed cases and over 5.6 million deaths have been reported globally

At the Regional level, increases in the number of new cases were reported by the Western Pacific (37%) the Eastern Mediterranean (24%) and the European (7%) regions, while a decrease was reported by the Region of the Americas (20%) and the South-East Asia Region (8%). The number of new cases reported in the African Region remained similar to the previous week. The number of new weekly deaths continued to increase in the South-East Asia Region (41%), the Eastern Mediterranean Region (32%) and the Region of the Americas (16%), while the African Region reported a decrease of 7%. The incidence of deaths remained similar to the previous week in the European and the Western Pacific regions