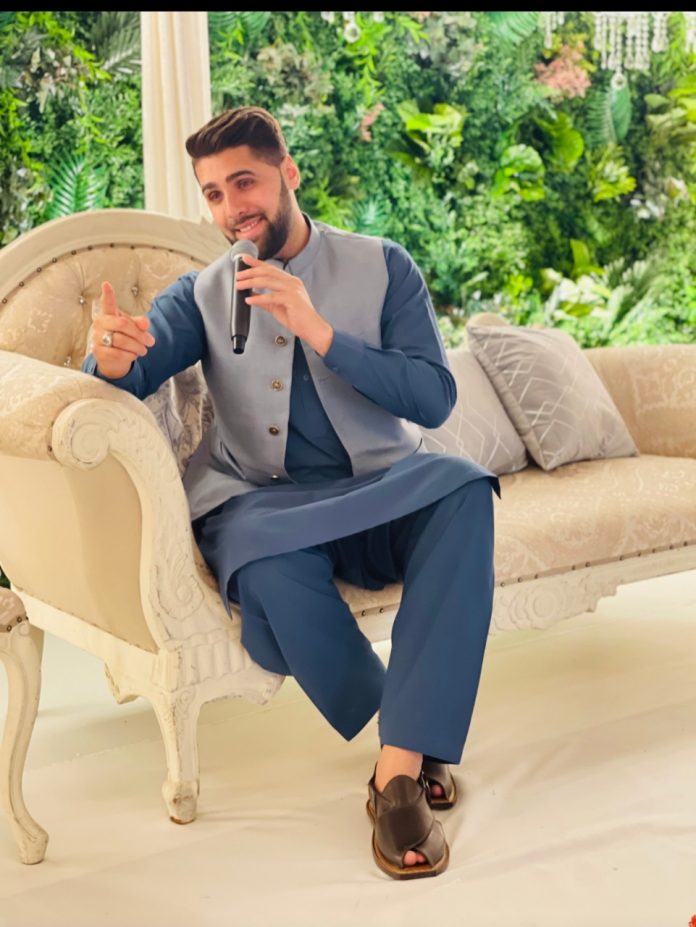 Every year we hear of several amazingly talented individuals, especially youngsters, who raise the bar and make sure to turn heads with whatever they choose to pursue in life. Their commitment together with their perseverance and their hard work to hone their talent, has seen a few of them excel beyond boundaries in their respective industries.

We all know that the music industry produces many young talents year on year, but how many of these youngsters go on to create their unique name and establish themselves within this ever-changing industry? Well, only a small minority of them with a desire to succeed show an extreme commitment to the arts and go on to captivate audiences around the world.

One renowned music artist that has done exactly that is Naseeb Abbas. Prince Naseeb Abbas is a young British-Pakistani faith inspired singer who is extremely popular within the UK and in many South Asian countries. Through his soulful music he has taken the music industry by storm and successfully created a place for himself in the hearts of many around the world

If you think that Naseeb Abbas has only excelled within the music industry, let us tell you that there is more than what meets the eye in the case of this extremely talented young individual. Naseeb has committed himself to serving people in his local community in Oldham and serving humanity on a global scale by partnering with many reputable charities to help the less privileged around the world.

The talented artist who won the hearts of many around the world with his debut single Mustafa Aa Gaye in June 2018 has gone on to release Sari Bigri and Hara Gumbad, with Sari Bigri hitting 1.1 million views within its first week of release.

Naseeb expressed his passion for music at the tender age of 9, a passion which was cultivated by his mother who has always encouraged him to follow his heart. He grew up in a single parent household where his mother was his strength and inspired him to go above and beyond to help those that were less fortunate than him.

Drawing inspiration from his mother’s selfless ways he joined hands with Kashmir Orphan Relief Trust (KORT) as an ambassador in 2019. KORT is a non-profit charity that not only provides a safe and loving future for hundreds of orphan children in Pakistan but provides access to clean water, medicine and aid relief following natural disasters.

Like many non-profit organisations, KORT relies on donations from the public to provide a better future for millions of people

living in poverty in Pakistan. Naseeb has played a tremendous role in advocating for the charity through his various social media platforms and has raised a grand total of £500,000.00 with the help of his faithful followers who entrust him with their charitable donations having seen his transparency on social media in relation to their donations.

With a desire to serve humanity Naseeb has worked tirelessly within the charitable sector to help restore kindness in a world which has otherwise become entirely about oneself.

NESKANTAGA – “This is not a celebratory day for our community”