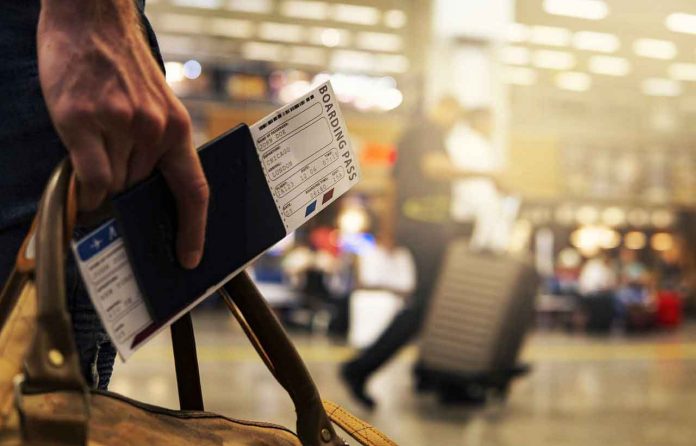 OTTAWA – NEWS – A group of Quebec travellers who partied onboard a Sunwing Airlines trip to Mexico could be facing major fines of up to $5000.

Sunwing Airlines cancelled the return flight for a group of Quebecers who partied maskless on a chartered flight from Montreal to Cancun on December 30, 2021, breaking Transport Canada rules.

The passengers posted images and videos to social media of the onboard party. Most of those have now been removed.

“The health and safety of on-board personnel as well as passengers during a flight is a top priority. We are aware of unacceptable behavior and cases of non-compliance with mask wearing and other air safety requirements that occurred on a privately chartered flight from Montréal to Cancun on December 30, 2021.

“Our Government takes reported incidents such as these very seriously. We have directed our respective departmental officials to immediately launch an investigation into these allegations of non-compliance with COVID-19 and air safety rules and regulations.

“Transport Canada has been in contact with the airline concerning this flight. Should the department determine that non-compliance with Transport Canada regulations and requirements has occurred, fines of up to $5,000 per offence could be issued to passengers.

“The Public Health Agency of Canada (PHAC) and key partners coordinate the processing of travellers returning to Canada. Travellers suspected of non-compliance are referred to PHAC. Any questionable or fraudulent documents will be retained.

“Providing false information to a Government of Canada official upon entry to Canada is a serious offence and may result in penalties and/or criminal charges. If found guilty under a summary conviction, a traveller could face fines of up to $750,000, six months in jail, or both. When endangering the lives of others and causing harm, a traveller could be subject to up to three years in prison and/or up to $1 million in fines.

“The Government of Canada continues to advise all Canadians to avoid non-essential travel outside of Canada at this time.

“We continue to work closely with airlines, airports, and our other transportation partners to safeguard the health of Canadians and Canada’s air transportation system.”