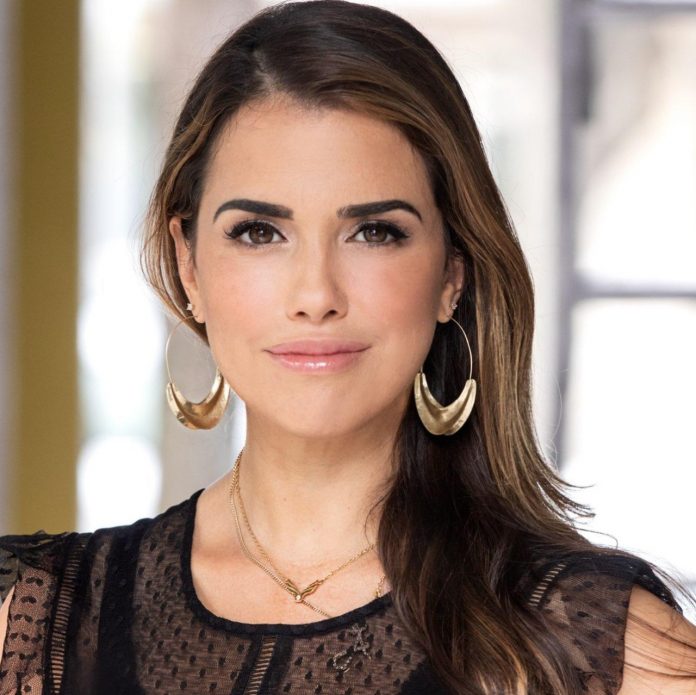 All eyes are on Titan Network’s Athena Severi as she walks onto the stage, exuding confidence, charm, and charisma to an auditorium packed full of people, people who have been moved by her message of triumph over the very real struggle of balancing motherhood with a career.

“Who’s excited to be here today? Who’s ready to take their business to the next level?”

A few years ago, Athena was a struggling working mom  – climbing the corporate ladder but getting nowhere fast. Athena tells the crowd before her that she was taking corporate calls from clients while bouncing a baby on her knee. Splitting her valuable time between motherhood and the corporate world, she felt like she couldn’t give her all to either. She felt like it was rigged.

“I wasn’t getting ahead and achieving what I wanted to,” Athena said. “I felt like I wasn’t being a good mom or a career person. Something had to give, and it turned out that Amazon was the vehicle to help me find time and location freedom.”

Developing a concept and then building a brand on Amazon paved the way for Athena to leave her job after three months, despite having no experience.

“What Amazon equates to me is freedom,” she says. “I know from experience that building a successful Amazon business can provide lifestyle freedom, and I want to help others live their life with passion and purpose too.”

Amazon Queen and Her Court

People, specifically women, flock to her events, lining up to hear her talk and it’s easy to see why. Athena has a commanding presence on the stage, and on social media, her likes and follows are through the roof. Driving a message of success, her insights feed the dreams of entrepreneurs and mothers everywhere, all of whom are ready to make a lasting change as she did.

It’s a group of people that Athena wants to succeed.

She and genius Amazon entrepreneur Dan Ashburn recently created the Titan Network at the behest of her vast following, who requested more strategic leadership. More specifically, attendees of her highly sought-after programs, including the popular China Magic mentorship trip, told Athena that they craved continued guidance and network after the conclusion of her previous programs.

Together, Dan and Athena, pair up to help Amazon sellers get their business idea from inception, to scale, to strategic exit  – all with impressive results. This members-only organization for elite Amazon sellers also links program participants with some of the sharpest minds in the industry.

“Titan is unlike anything else and could never be duplicated,” Athena said. “As well as having the best minds in the Amazon industry as mentors, we have the unfair advantage of being an incredible family too. Everyone who’s a part of our network is doing it because of a passion and purpose to help others succeed, it’s become a real movement that produces incredible results.”

Unlike other programs, the Titan Network is not about a single person with a single experience, but about helping sellers discover their passion and find something bigger than themselves.

“Our organization is unlike anything else and could never be duplicated,” Athena explains. “As well as having the best minds in the Amazon industry as mentors, we have the unfair advantage of being an incredible family too. Everyone who’s a part of our network is doing it because of a passion and purpose to help others succeed, it’s become a real movement that produces incredible results.”

Athena knows she enjoys the success that few female entrepreneurs achieve in the Amazon industry. It’s earned her the nickname of the “Queen of Amazon.” But she also wants other women to achieve the same level of success that she has.

When Athena started making waves in the Amazon world, other women took a vested interest in her work. They noticed a change in her lifestyle and wanted in.

“Sometimes women feel guilty for not being in the kitchen, or not having a high-powered career. I wanted to help them find the confidence to do both — pursue their dreams and be a good mother, while understanding that establishing a balance may always be a struggle”.

Though it’s not so much the success story that is so alluring to her online or in-person audience. It’s the freedom that success has provided her. Athena has achieved the work-life balance that is just out-of-reach for so many professionals.

​​“Being an entrepreneur can be lonely, but our synergy is powerful: it encourages sellers to stay accountable to their goals, overcome their fears, and share an abundance mindset,” she said.

When it comes to events in eCommerce, few are as groundbreaking as those hosted by Athena Severi. An internationally acclaimed speaker and high-level community builder, Athena has become known for helping fellow Amazon entrepreneurs to achieve lifestyle freedom. Like all great entrepreneurs, Athena’s no stranger to taking risks, none more so than when she left her 6-figure job to start selling on Amazon, all while raising a young family. This tenacity and work ethic has become as renowned as her events are, from starting out with small-scale gatherings for fellow working mothers; to China Magic, a bi-annual 12-day sourcing and networking trip to China; and now as the Co-Founder of Titan Network, an exclusive invite-only mastermind for Amazon sellers. Athena’s ultimate goal is to guide Amazon entrepreneurs from around the world, so as well as these life-changing in-person events, she can be found sharing her mentorship and insight with her loyal fanbase on Instagram and Clubhouse.