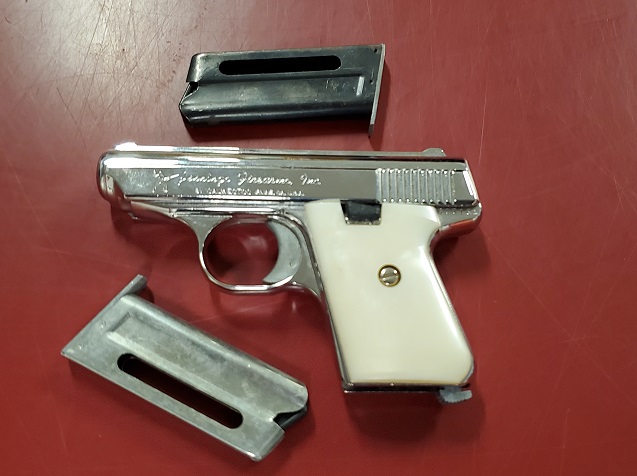 THUNDER BAY – NEWS – Police have seized a loaded handgun that was recently dropped into a donation bin.

Thunder Bay Police Service officers were dispatched to the Value Village at 915 Memorial Avenue after receiving reports that a loaded handgun was found in a donation bin there.

The .22 calibre handgun was loaded. Police have since safely seized the firearm.

While there is no ongoing firearm amnesty in effect at this time, the Thunder Bay Police Service is urging the public to surrender weapons safely to police. Contact police at 807-684-1200 and we can work with you to safely surrender any firearm that was not involved in a crime.

Please do not bring any firearms into the TBPS headquarters at 1200 Balmoral Street.