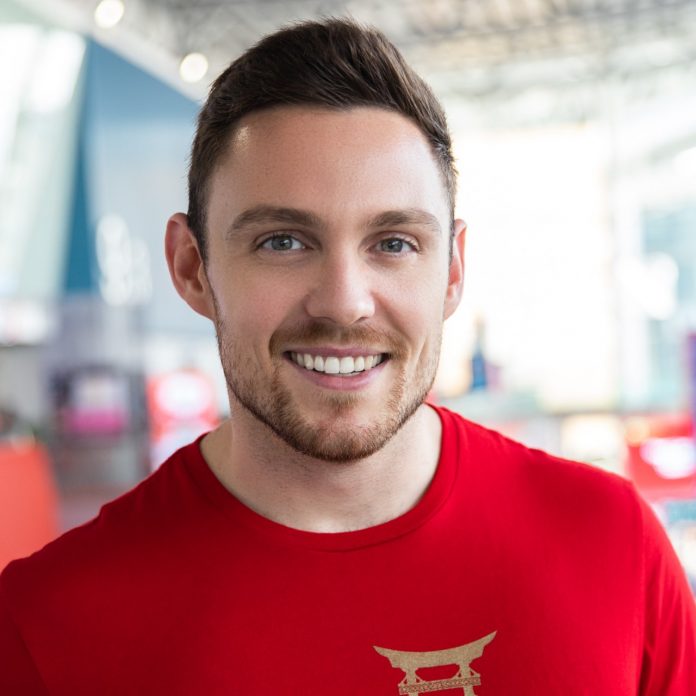 If you have ever tried to launch an Amazon business, then you probably know just how complicated it can be to scale it to success. Getting results means having an intricate knowledge of online marketing and SEO. Titan Network CEO Dan Ashburn, knows precisely how challenging it can be and wants to use his extensive knowledge to coach others towards business growth and profitability.

As a teenager growing up in the United Kingdom, Ashburn enjoyed working with technology. He eschewed normal teenage activities, like playing football with his friends, and instead spent his time at home learning to use a variety of web platforms.

Despite being still so young, he was able to profit. He built websites to sell to local businesses and learned the ins-and-outs of Google SEO and advertising. At 17, when he joined the British Air Force, he found an opportunity to hone his technical skills while continuing his side hustle.

After four years in the military, Ashburn was ready to put his skills to the test. He founded a marketing agency, along with his friend, John, and grew it to an overwhelming success, all in just under one year.

The business was booming, but Ashburn felt like the work was controlling him when he wanted to be the one in control. He was feeling overworked and needed to make a change. He wanted to be his own boss, but without the feeling of necessity to work 24 hours a day, seven days a week.

It was as if the universe had heard him when a random email hit his inbox. The email listed the benefits of starting an Amazon business, something Ashburn hadn’t thought of as a possibility.

“I thought Amazon was just big brands,” said Ashburn. “What I came to learn is that if you source products and print your brand on that product, you own your brand, and on Amazon, you own 100% of those sales.”

Ashburn’s Amazon business was an immediate success, and he found himself becoming a sought-after speaker on the conference circuit. Everyone wanted to know his secrets and emulate his astounding accomplishments. He taught a few seminars but found that he wasn’t reaching people in the way he had hoped. Fortunately, fate intervened again in the form of a new partner, Athena Severi.

Severi had a magnetic energy that brought people with shared interests together, and she knew she could use it to help build a community of like-minded business people. With her networking abilities and Ashburn’s extensive knowledge, the two knew they could invent a unique mentorship program for Amazon entrepreneurs.

The combination was successful, and today, Titan Network is a can’t-miss opportunity for new and struggling Amazon businesses.

“We bring people back to life; we give them family,” Severi said. “We are so much more than just a business.”

Titan Network mentees work within a tiered program, moving through each of the four tiers with a community of peers. During the program, Ashburn mentors them on how to scale their businesses quickly and continue that growth for the long haul. And he is truly invested in their success as well.

“I’m a big believer in standing behind what you do and standing by the results of the brands I personally generate and am partnered in,” Ashburn stated. “Titan is definitely doing that in more ways than one.”

Finding Success in the Failure

Ashburn believes that there is a seed of success within every failure, and you just have to take the time to grow it and see it to fruition. He would know, as he has suffered his own share of losses, like the time he shipped glass salt and pepper shakers without the proper packaging and lost nearly $70,000 worth of merchandise.

But he prevailed nonetheless and found himself in the position to move forward with new endeavors, like Titan Network. Of his current success, Ashburn said, “If I hadn’t gone through that pain, I might not have taken it seriously enough to take a business trip that would ultimately help me meet the people who, over the last six years, have supported me through my journey to where I am in the industry today. I think, while there are many interesting stories, I think the interesting thread throughout it is how decisions that feel like throwaway decisions at the time can actually set you on a new path forward.”

Dan Ashburn is an industry-leading Amazon entrepreneur with a team that delivers 8-figures in annual sales. Having used his ambitious and entrepreneurial mindset to build countless brands, he has become a sought-after speaker, inspiring crowds with his leadership and depth of knowledge on stages across the world. Dan is the Head Mentor on China Magic, the co-creator of Amazing Selling Machine, and most recently, the co-founder of Titan Network, an exclusive membership organization for elite Amazon sellers. For more information on Dan and Titan Network, please visit: https://www.titannetwork.com