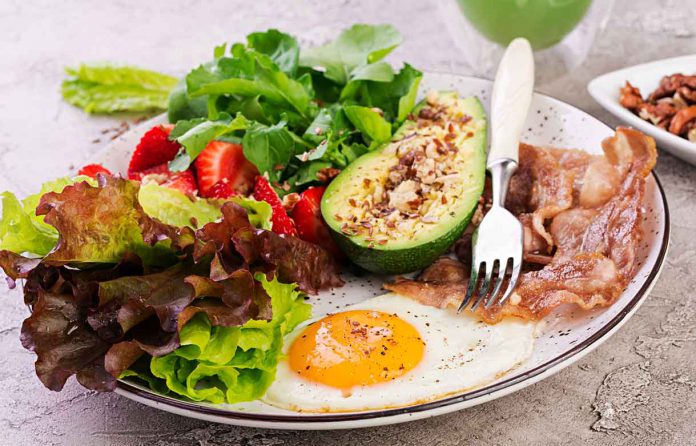 The ketogenic diet consists of a high fat, low-carb eating plan, also referred to as the keto diet. This diet fosters a metabolic state known as ketosis, in which the body burns fat for energy instead of carbohydrates. Ketones are fatty acid byproducts made as a result of the fat-burning process. Once carbs are scarce, the body relies on these compounds to provide energy. The ketogenic plan is a very limiting way of eating. Many individuals find it hard to stick to their diets and thus fail to achieve ketosis. Exogenous ketones are supplements that help people get into ketosis while also permitting them to eat more flexibly.

Exogenous ketones (EKs) are an ingredient in the keto tablets diet, as stated previously. These fat burning pills can assist individuals in entering ketosis more quickly, especially if they are new to the keto diet. When a person is in ketosis, their body systems prefer fat to carbs as an energy source. Some people may need many days or even a week to complete the process; the body makes more keto acids in the blood after four days on an incredibly low diet. A person’s body must burn down its carbohydrate reserves in order to enter ketosis. The body then breaks down fat, which is then converted to ketones once this process is finished. When ketones become the body’s sole supply of fuel, weight loss is feasible. When exogenous ketones are ingested, the body uses them as a source of energy. Exogenous ketones help people lose weight by making the transition from carbohydrate to fat burning easier and faster.

Exogenous ketones can be used to boost physical performance as well. Long-term physical activity can decimate the supply of oxygen to the tissues, resulting in an increase in lactic acid production. Muscles can become achy and feeble as lactic acid builds up in them. According to the 2016 study, exogenous ketones serve as an alternative energy source for the body during periods of high activity. As a result, they aid in reducing the production of lactic acid. According to the research results, exogenous ketones can boost a person’s physical performance by about 2%. This improvement is most likely to benefit highly qualified and endurance athletes.

Some people follow the keto diet for purposes other than weight loss. The keto diet, for example, has long been used by people with epilepsy to help reduce the number and severity of seizures. Doctors have also investigated whether the diet can help people suffering from psychiatric disorders such as schizophrenia, borderline personality disorder, and anxiety. These ailments are thought to be caused in part by brain-related metabolic changes. Increased inflammation, inadequate glucose metabolism in the brain, and differences in the release of brain chemicals known as neurotransmitters are just a few of the symptoms. EKs’ metabolism-altering properties, according to some researchers, could aid in the treatment of a variety of illnesses. Only a few studies, however, have looked into this theory. EKs reduce the symptoms of psychiatric illness by altering the levels of specific neurotransmitters in the brain. Taking EK supplements to assist the body in entering ketosis could be an effective treatment option.

Artificial ketones are combined with electrolytes such as calcium, magnesium, potassium, and sodium to make ketone salts. Ketone salts are available in a variety of forms, including drinks, powder forms, and capsules. These EKs have the ability to increase electrolyte levels. Elevated concentrations can be unsafe if a person has a medical condition that limits their ability to manage electrolytes, such as kidney disease. Ketone salts induce ketosis quickly, but they do not last long as ketone esters.

Ketone esters are the most powerful form of EK. As a result, in comparison to other EK product offerings, they may cause prolonged ketosis. Ketone esters, on the other hand, can be expensive to obtain and have a strong, undesirable flavor.

Even though medium-chain triglycerides (MCTs) are not classified as EKs, they have similar properties. The body quickly absorbs MCTs. MCTs are transformed to ketones by the liver after absorption. MCTs, on the other hand, do not cause ketosis in humans. To reach full ketosis, they will need to follow a ketogenic diet or take other EK supplements.