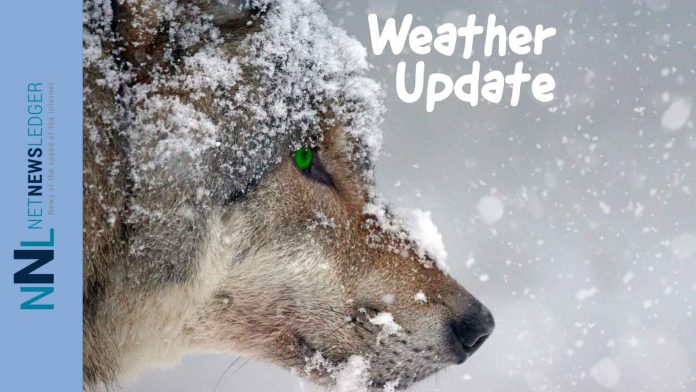 Thunder Bay – WEATHER – Check the snowblower, wax up the snow shovel, and make sure the winter tires are on your vehicle.

Just when you might have thought we have had our first blast of winter, a second blast is headed into Western and Northern Ontario.

It could be worse: Heavy rain and flooding in southern Egypt has forced scorpions out of their hiding places, sending more than 500 people to hospitals with scorpion stings, according to state-run media.

A low pressure system in Saskatchewan is tracking into Manitoba and headed toward Northern and Western Ontario with snow and blowing snow.

Environment Canada has issued a special weather statement for much of Southern Saskatchewan as well as parts of Manitoba today. A strong storm system will affect southern and central Saskatchewan on Tuesday.

The areas southwest of the Yellowhead will see strong winds through the day, with peak gusts in excess of 90 km/h expected.

Near the Yellowhead itself, a band of freezing rain is likely to develop, making travel slippery for a few hours throughout the day.

Areas north of the Yellowhead are expected to see heavy snowfall. Current indications are that anywhere between 10 and 30 cm of snow may fall, especially in a line from Lloydminster and Meadow Lake to The Pas, Manitoba.

Travel may be hazardous due to sudden changes in the weather. Poor weather conditions may contribute to transportation delays. If visibility is reduced while driving, slow down, watch for tail lights ahead and be prepared to stop. Surfaces such as highways, roads, walkways and parking lots may become difficult to navigate due to accumulating snow.