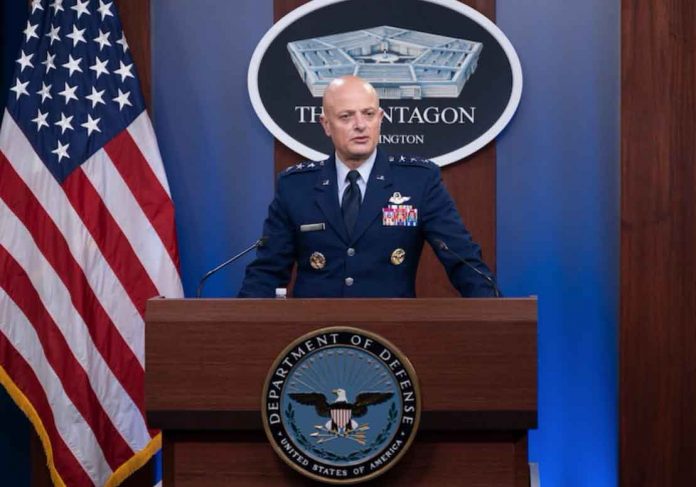 Said discussed his office’s investigation into a U.S. unmanned aerial vehicle strike on a Toyota Corolla on Aug. 29.

The strike killed three Afghan adults and seven children. At the time, U.S. personnel mistakenly thought the car was operated by ISIS-K who intended to target evacuees and military forces with explosives at the Hamid Karzai International Airport in Afghanistan’s capital.

The UAV operators and intelligence analysts had been monitoring multiple threat streams. Three days before the drone strike, a suicide bomber killed 13 U.S. service members and many Afghan evacuees. Said said the drone operators and intelligence analysts believed the strike on the vehicle was a legitimate defensive action designed to prevent an imminent attack. They didn’t realize children were in the area, he said.

“You can imagine the stress on the force is high, and the risk to force is high and not appreciating what I’m about to say through that lens I think would be inappropriate,” he said.

“Individuals involved in the strike interviewed during this investigation truly believed at the time that they were targeting an imminent threat to U.S. forces,” he said. “Regrettably, the interpretation or the correlation of the intelligence to what was being perceived at the time in real time was inaccurate.”

The investigation found no violation of law, including the law of war, Said told reporters. However, there were execution errors, combined with confirmation bias and communication breakdowns, that regrettably led to civilian casualties.

“I had the luxury of time to review that data over weeks; they didn’t,” he said. “They had the same data, but they had to assimilate it, digest it, and make a decision in a matter of hours.”

Among the report recommendations were:

The full report has been shared with the secretary of defense and operational commanders so they can assess the recommendations and decide what else they might want to do to implement corrective measures, he said. The report was also shared with the chain of command to assess the analysis and determine accountability, as appropriate.

According to Said, the full report could not be released to the public because the methods, sources, tactics, techniques and procedures used in executing such strikes are classified.