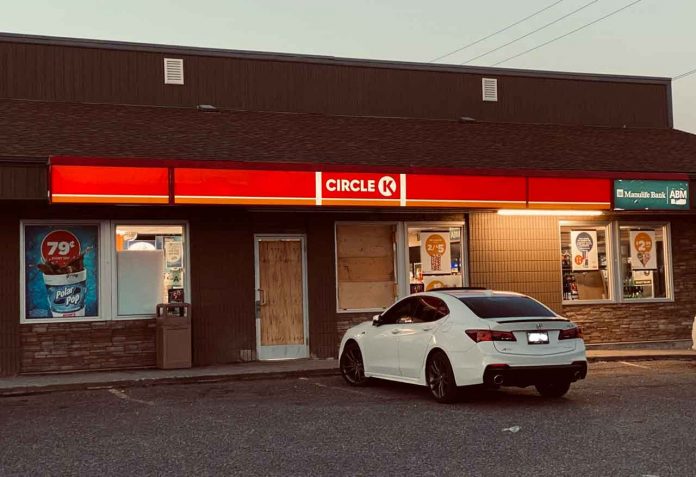 Thunder Bay – NEWS – Police on Monday arrested a Thunder Bay man in connection with a recent armed robbery of a convenience store.

Thunder Bay Police Service officers with the Uniform Patrol Branch were originally dispatched to a reported armed robbery that had just occurred on the morning of Thursday, Oct. 28 at the Circle K convenience store at 550 Beverly Street.

The suspect fled with an undisclosed amount of cash prior to officers arriving.

Members of the TBPS’s Break and Enter and Robbery (BEAR) Unit became involved in the ongoing investigation.

As a result of their continued investigative effort, police were able to identify a suspect.

BEAR Unit officers located the accused in the Trillium Way area on November 1. FOSTY was arrested and transported to the TBPS headquarters at 1200 Balmoral Street.

Adrien James FOSTY, 40, of Thunder Bay, is charged with:

He appeared in bail court on Tuesday, November 2 and was remanded into custody with a future appearance date.

None of the charges have been proven in court. All accused are considered innocent until proven guilty in a court of law.

Tiki Madman’s Experts Share Insights on the Future of the Industry in 2022 and...