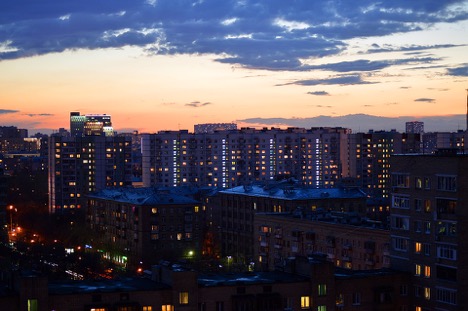 Residents want more control over policing, but the move highlights concerns over how ‘cityhood’ could worsen inequality

* The prosperous Buckhead area is pushing to split from Atlanta

* United States is seeing a growing interest in ‘cityhood’

WASHINGTON (Thomson Reuters Foundation) – In Atlanta, the COVID-19 pandemic has spurred a crime wave so worrying that Bill White started carrying a gun whenever he gasses up his vehicle – and says some relatives are too scared even to pull into a filling station anymore.

The Georgia capital is preparing for an election in November that will see residents vote on a new mayor and other leaders, and polls have found that crime is indeed top of mind for voters.

But White and others in the wealthy northern community of Buckhead say they are done with pushing for change through elections.

They want to secede from Atlanta outright, freeing them up to create their own city and make their own decisions on policing strategies, development and more.

“We have three major issues: crime, crime and crime,” said White, head of the Buckhead City Committee, which was created during the pandemic.

“We have no trust of where our taxpayer dollars are going,” he told the Thomson Reuters Foundation. “So, we say we file for divorce.”

City experts say the Buckhead campaign is a key example of the longstanding “cityhood” movement, which has emphasized local control of taxes, smaller government and, at times, racial exclusion.

Some say interest appears to be growing again amid the pandemic’s economic and social upheaval.

An August poll by the movement’s backers showed the majority of Buckhead’s more than 90,000 residents, according to the 2019 census estimate, support a potential vote on cityhood.

And this month the effort cleared an important hurdle: a legally mandated feasibility study found the proposed Buckhead City would be financially viable, with the money it would bring in each year through taxes and utilities more than making up for what it would spend.

Even amid a citywide spike in Atlanta over the past year, crime has risen more in Buckhead.

Through the first week of September, for instance, aggravated assault across Atlanta was up 24% from 2019, before the pandemic – and it was up 67% in the zone that includes Buckhead, according to police statistics.

Buckhead City backers want to create their own police department so they can have 80 officers on duty at any one time, more than quadruple the number currently assigned to the area.

Bills have been introduced in the state legislature that would allow the cityhood issue to be taken up in January, White said.

But the movement has also kicked off a debate over the possible effects of secession and the broader ideological underpinnings of how to govern a large, diverse city.

“Even if an impermeable wall were built around this proposed new city, it would not address the COVID crime wave that Atlanta, the state and the rest of the nation are experiencing,” a spokesperson for the city said in a statement.

“A better use of this energy would be to work together to address the challenges facing our city, not to divide Atlanta.”

For historical reasons, the Atlanta region has long been a focus of the cityhood movement, said Coleman Allums, a graduate instructor with the Department of Geography at the University of Georgia.

Since the state loosened rules on incorporation following the 2004 election, about a dozen new cities have successfully formed, Allums said.

“But Buckhead is unique because it directly threatens the city of Atlanta in a way that none of the others have,” he added.

That is because while most cityhood attempts have involved unincorporated parts of county lands, Buckhead is a core part of Atlanta – and one of its most prosperous.

If Buckhead went out on its own, Atlanta would experience a net loss of about $80 million to $116 million per year in tax revenues, according to an August study from the Atlanta-based KB Advisory Group.

The public school system would lose about $232 million per year, the study said, though it is unclear whether Buckhead City would remain part of that system.

“There would be major repercussions if this were to succeed, that would impact the state and people of the region for generations to come,” said Billy Linville, a Buckhead resident and spokesperson for the Committee for a United Atlanta, which formed this summer to oppose the cityhood push.

“Secession” efforts like Buckhead’s are rare and do not have a strong record, said Yonah Freemark, a senior research associate with the Urban Institute, a Washington, DC think tank.

He pointed to failed efforts around Los Angeles and New York City during the late 1990s.

Still, he said data points around increasing “fragmentation” – meaning areas that have been broken up into more units of government – offer reason for concern if Buckhead’s cityhood effort succeeds.

Over the past century, wrestling over tax spending has grown more fraught as U.S. cities have become more diverse, Freemark explained.

“What happens when a metro area is divided into smaller units of voters is that those little units of government control their tax bases.”

That means one unit – say, one in the whiter, wealthier suburbs – can prevent its property tax base from being used to create affordable housing in other parts of the community, Freemark explained.

“The likely outcome of secession is increasing inequality and increasing segregation over time,” he said.

‘CARRY OUR OWN WATER’

Jason Lary Sr. rejects such arguments outright and predicts the traditional notion of the large central city is on its way out.

In 2012, he began noticing a rash of areas in DeKalb County, which includes parts of the Atlanta metro area, incorporating to become cities.

“We should be able to do that!” he recalled thinking, referring to the majority-Black area of Stonecrest where he lives.

“The county was so big, it didn’t pay Stonecrest area any attention,” he said.

Community members thought his idea was “crazy as a bag of rocks”, Lary said. But four years later, a public referendum approved the proposal, and he later became Stonecrest’s first mayor, a position he still holds.

Not only is it the largest majority-Black city created since the Civil War, Lary said, but Stonecrest has since become a major distribution hub, turning it into an economic force in the region.

“We proved we could carry our own water, and that’s what’s happening with Buckhead,” Lary said.