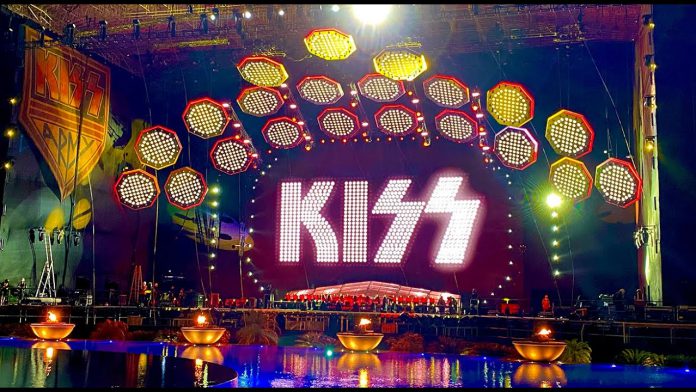 Entertainment – The iconic rock legend KISS has cancelled a concert. The concert planned for last Thursday in Burgettstown, Pennsylvania has been postponed.

KISS states that the entire band and crew, which have been living in an ‘bubble’ through the “End of the Road World Tour” are all vaccinated against the virus. The Band states, “The band and their crew have operated in a bubble independently to safeguard everyone as much as possible at each show and in between shows”.

“The tour also has a COVID safety protocol officer on staff full-time that is ensuring everyone is closely following all [Centers for Disease Control and Prevention] guidelines,” according to the “End of the Road World Tour” organizers.

Paul Stanley on Thursday complained that he was suffering from “flu-like symptoms” and “was tested repeatedly and was negative.”

“As of late this afternoon I tested positive,” Stanley later tweeted to his nearly 600,000 followers. “The crew, staff and band have all tested negative once again.”

Tonight's #KISS show at The Pavilion at Star Lake in Burgettstown, PA is unfortunately postponed due to Paul Stanley testing positive for COVID. More information about show dates will be made available ASAP. Everyone on the entire tour, both band and crew, are fully vaccinated. pic.twitter.com/5UBvXmfWCY

Stanley reports that he is feeling good, and can’t wait to resume the tour.

WOW! Definitely a Psycho Circus tonight in Toledo! YOU came to ROCK & so did WE! AWESOME! pic.twitter.com/qZB7I2RwYy

KISS Tops Out Tapping Out 2020 with Massive Concert