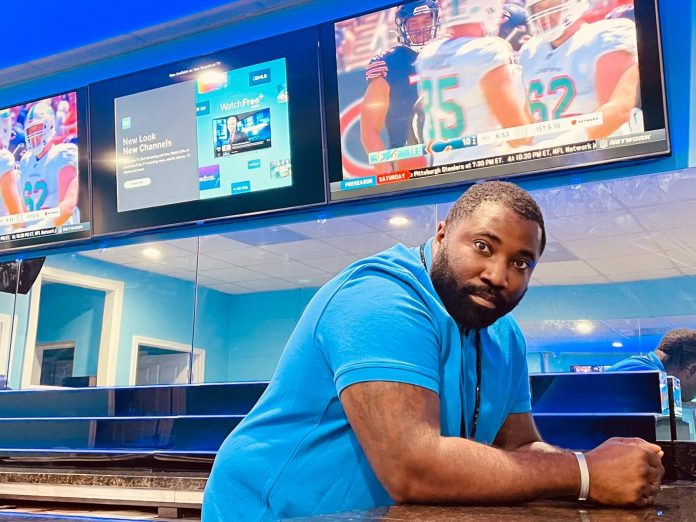 Entrepreneurship is among the most promising and at the same time most difficult fields of work in our modern world. It’s a realm of infinite possibility, with young entrepreneurs everywhere faced with the overwhelming choice between countless options and career paths. You can build anything, and for many, that ends up being the problem. Nowadays, faced with so many choices, young entrepreneurs find themselves adrift, often times packed with the right ideas, but not the right moves, or vice-versa.

This is usually where a mentor steps in. Like in any other business, it can be really helpful to find an older, more experienced person who’s in the same business as you are. For many young entrepreneurs out there, that person is Justin J. Allen, CEO of his very own multi-million-dollar executive security agency (with his partners), which he built from scratch in only eight years. In more recent times, Allen has also ventured into the fitness world with his own twin businesses DA Method Apparel and DA Method Sports Agency (with his partners). The latter is a sports agency in which Allen launches, manages, and represents numerous big names in the sports and fitness industry, while the former is his very own sports apparel brand, targeted both at professional athletes, as well as everyday use.

So, what makes Allen the perfect candidate for mentoring young entrepreneurs?

It might seem obvious that Justin J. Allen would make an excellent choice as mentor for those looking to go into the fitness or security businesses, respectively, but that’s not all he’s good at.

The first thing that stands out about Allen is his vision and his mind for good business, which is clearly what drives him – regardless of the specific area he’s working in. For instance, in the near future, Allen’s also working on opening his own premium lounge and barbershop combo, Premier Lounge & Premier Cutz, a venue for entertainment, but also one of great utility. So, you see, it’s not about the specific business, but rather about the mindset behind it since that’s what will make the difference between failure and a successful business.

And as Allen has demonstrated time and time again, he’s got the proper mindset for building up any type of business, which is also why now, he’s focusing on helping others. His recent interest in mentoring young entrepreneurs and offering what guidance he can as they take their first steps in the business world, comes from a personal desire to give back to the community.

It also comes from memories of his own start in entrepreneurship, and fond memories, no doubt, of his own mentors. As an entrepreneur who can safely say he tried his luck out there repeatedly, and made it, in spite of all the odds, Justin J. Allen knows the importance of a more experienced entrepreneur guiding you. That’s what he’s looking to provide to young entrepreneurs in need of a little gentle steering, because in entrepreneurship, you never know when the next revolutionizing idea is just around the corner.