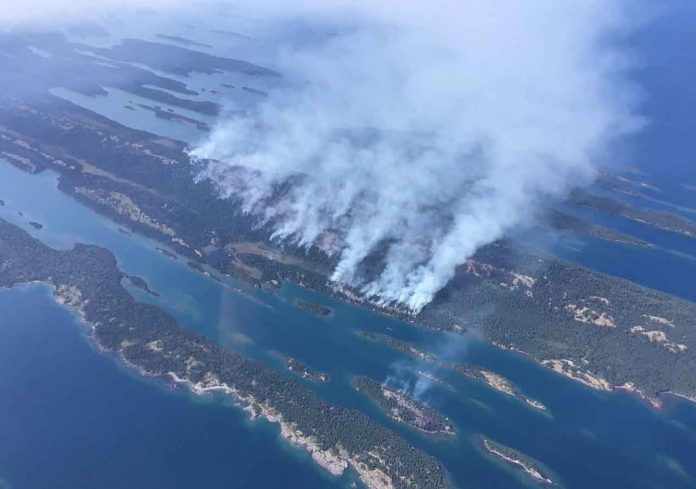 WILDFIRE UPDATE – Work continues on the approximately 200-acre Horne Fire, which ignited on August 10 near the Duncan Bay/Tobin Harbor Portage Trail on Isle Royale National Park. The cause of ignition is suspected to be lightning. The fire is now 15% contained. 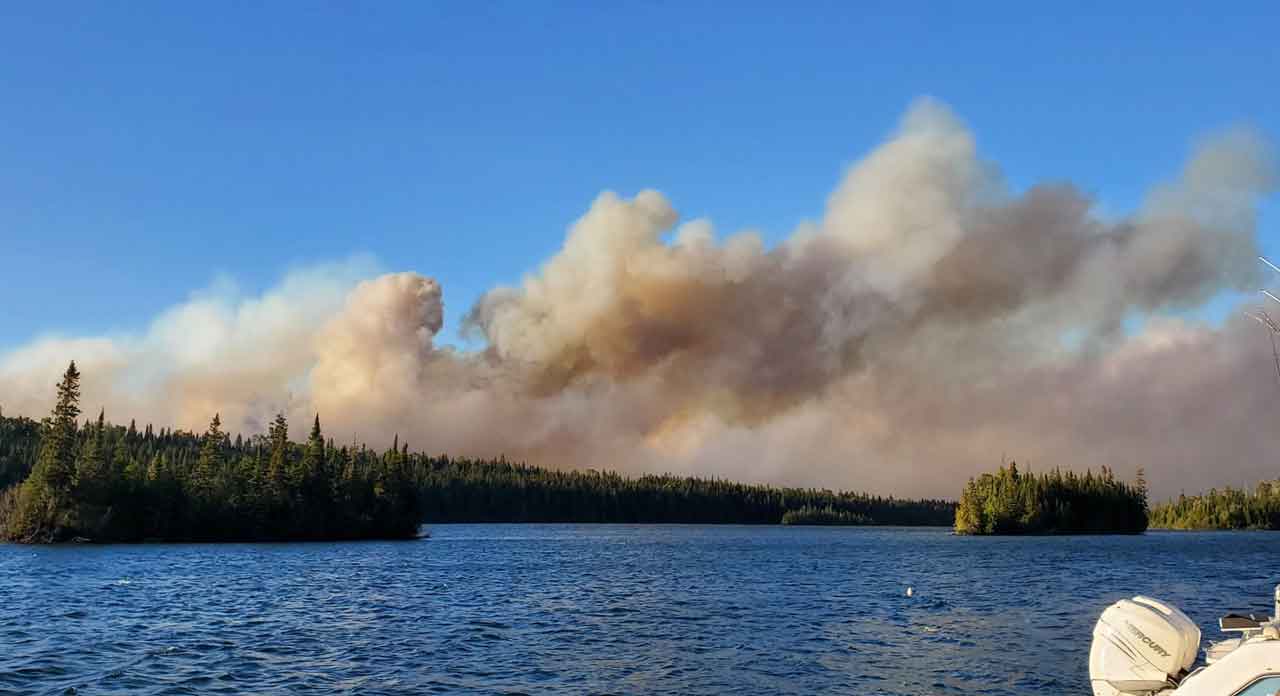 The health and safety of employees and visitors is our primary concern. Additional fire management objectives are to contain the fire to the east of the Duncan Bay/Tobin Harbor Portage Trail, and to extinguish fire on Minong Island. Closed areas are signed and monitored to ensure compliance. The following closures are in place until further notice:

Employees from the National Park Service, Hiawatha National Forest, and Fond du Lac Band of Lake Superior Chippewa have responded to the fire. Their work includes patrols in Tobin Harbor to protect historic structures. One outhouse was burned in the fire on Minong Island, but no other structures have been damaged at this time.

Air support is being coordinated through the National Wildfire Coordinating Groups with Minnesota Department of Natural Resources to provide reconnaissance and monitoring. Fixed wing aircraft are being used as needed to provide additional confirmation of the fire size and spread. Single Engine Air Tankers conducted water-drops on hot spots earlier this week.

Fire status will be continually evaluated as conditions change. The National Park Service is working with fire weather forecasters and fire behavior analysts to manage the fire appropriately. Most of Isle Royale National Park remains open to visitors. Campgrounds in the Rock Harbor, Three Mile, and Daisy Farm areas are more crowded as visitors relocate from closed areas. Due to ongoing drought conditions and elevated levels of fire danger, all park areas are closed to the lighting and maintaining of wood fires. Charcoal fires are only allowed in grills at Rock Harbor, Windigo, and Mott Island. Self-contained gas, propane, alcohol, and twig stoves are allowed. Be sure to monitor the Current Conditions information on the park website if you are planning a trip.