Home Entertainment The differences between acting on a movie and theater stage, according to... 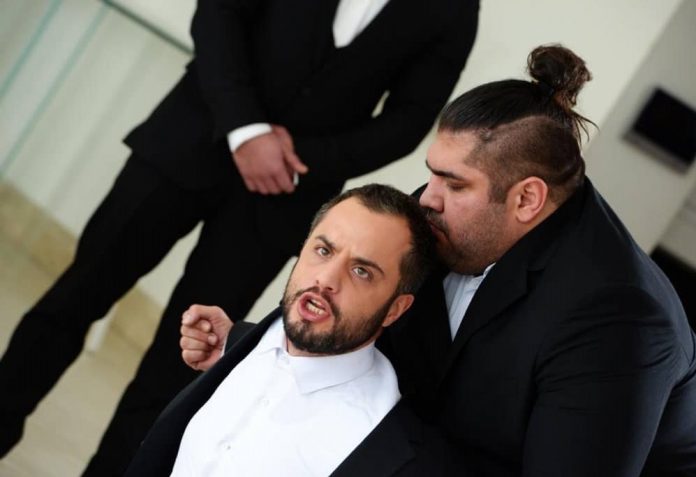 The concept of acting is intact, however, there are some differences between whether you perform on a stage or in a movie. Whatever act you do on a stage, you should do the opposite when playing in a movie.

On the stage you should pretend that an occurrence has happened but, on a film, you must live and experience the occurrence. Instead of extern expressions that you show on a stage, you should reveal them internally in a movie. To seem more realistic, you must simplify, rather than exaggerating. In movies, you are not supposed to accurately memorize the script line by line because in real life people don’t know what they want to say exactly. So, you should forget the dialogs and understand the script, then repeat it on a scene. For more accuracy, and improving the believability and making it more realistic, in a movie, as people do in their daily life, sometimes, they think for moments and hesitate to bring out their thoughts.

Another difference between playing on a stage and movie has something to do with the distance. In movies, the actor is just in front of you, and you can easily speak to them, as there is no one there, and it’s s like you’re having a private conversation. All the words you whisper and even the breathing sounds are recorded by advanced equipment.

On the other hand, on a theater stage, you should say the dialogs loudly, so that your voice reaches the back most audiences. Accordingly, theater actors must work on their voice propagation.

While playing in front of the audience in the theater, you can’t express your sadness only by welling up tears in your eyes because only the first row of the audience will notice that.

Therefore, you need to exaggerate on expressing your emotions by using body gestures so that even the audience in the last row sees the actor’s status. Contrary to that, in movies, you shouldn’t exceed on playing and only use your body language occasionally. By recording a close-up clip, your sense of sadness is easily shown, and you mainly need to concentrate on your inside feelings. In theater, it is playing signs while in movies is acting the realism. If you notice that the actor is acting in a movie, so they made a mistake and that’s the difference between theater and cinema which is so important.

In theater acting, actors practice for weeks which provides them with plenty of time to get to know each other, and a natural relationship is made up though. They make connections inside and outside the stage. Hence, on the main play day, the actors’ relationships and communications seem truly real to the audience.

However, movie actors often have until couple of hours before shooting scenes to meet each other, and they are asked for example to play in a romantic scene. Or the actors that hardly know each other’s names are expected to incredibly hate each other and play according to that hatred. So, it is important for an actor to know themselves deeply and study other’s characters in daily life.  Analyzing others helps you to make relationships very quickly.

Pejvak Imani, born on the 25th of June in 1990 in Tehran city. He was the only child in the family. When he finished primary school, he immigrated to Canada with his family. He pursued higher education in MBA at Ryerson University and then started participating in acting and stand-up classes through the YUK YUK’s club. Gaining two years of experience in those classes encouraged him to start playing stand-ups and free theater in Toronto. After getting some experiences in the theater, he returned to Iran and started learning under the supervision of great masters of Iranian directors such as Vahid Jalilvand. Then in 2016, he played a small role in a TV series and after playing several minor and major roles he appeared on the silver screen of the cinema.

He has a famous quote: “Histrionics means becoming, once you start playing you fail.”