Home Weather Climate News Sioux Lookout is Ready for Anything! 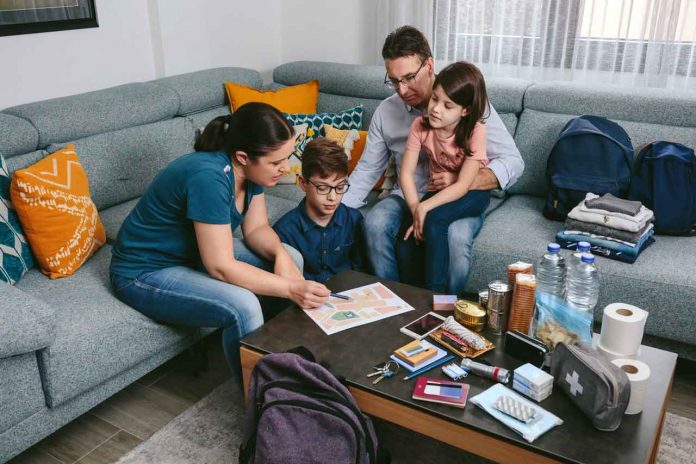 Sioux Lookout, ON – Smoke in the air and multiple air quality advisories in recent days are causing concern for many local residents. While Northwestern Ontario has a number of active forest fires, none pose any immediate danger to the citizens of Sioux Lookout.
Smoke from fires across the Northwestern Ontario and eastern Manitoba continues to cause reduced visibility as well as physical symptoms such as coughing, eye and throat irritation, headaches, and shortness of breath.

The poor air quality can be especially serious for seniors, children, and those with medical conditions such as asthma.

With more high temperatures and no significant rainfall forecast, the forest fire hazard in the region remains high to extreme.

Forest fires can start unexpectedly and grow out of control quickly. During times of high fire hazard, it’s always best to be prepared. Here are a few things you can do to prepare for ANY emergency, including storms and evacuations:

Also, make sure your vehicle’s gas tank at least half full. In the event of an emergency mass evacuation, line-ups for gas may be long – or refuelling may not even be possible

While Sioux Lookout is not under any threat of evacuation from forest fires, the Municipality may become a hub for northern evacuees.

This may include coordinating transportation, hosting evacuees overnight, and helping with food and services to those displaced by fires.

That means no open burning is allowed and all Municipally-issued fire permits are suspended until the RFZ is lifted.

Keep important documents (passports, birth certificates, status cards, health cards, etc) somewhere they can be picked up and taken with you quickly

Are your pets part of your emergency preparedness plan?