Home Health What’s causing the ‘Buzzing in My Ears’: Tinnitus? 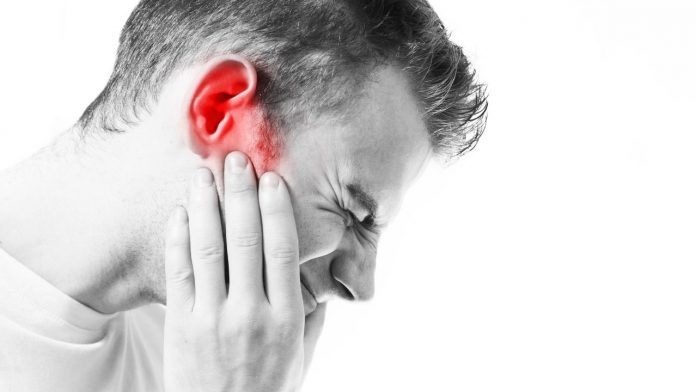 Tinnitus is when an individual experiences ringing in one or both of their ears. Addressing this will significantly improve the quality of your life. Older adults have a higher tendency to have tinnitus. This condition is roughly experienced by 15% of adults at least once in their lifetime. The symptoms are mainly mild and brief but a smaller percentage of individuals might have severe tinnitus symptoms which can cause anxiety and distress.

If you are based in Singapore, then The ENT Clinic is a recommended choice for an evaluation and treatment program as it has the best regarded and experienced ENT doctors in the city including Dr Jeeve, Dr Annabelle and Dr Hobbs. This medical practice offers state of the art facilities and practice evidence based medicine by top foreign educated otolaryngologists Understanding more about your tinnitus is important.

It is the perception of noise in the ears or head caused by internal sounds rather than through an external sound source. These sounds or ringing of ears can appear in either one or both ears. Tinnitus by itself isn’t a disease, but a sign of an auditory problem or an issue with the hearing pathway to the brain which is mostly due to inner ear damage. Tinnitus can come in two forms:

Subjective tinnitus: This is the most common form of tinnitus where an individual experiences a continuous tone of noise to oneself. In this case the primary auditory centres are made aware of other neural activities and this is interpreted as sound which an individual perceives as tinnitus.

Objective tinnitus: Much rarer than subjective tinnitus, it is produced by an internal acoustic stimulus from a physiological source. This could be due to auditory or non-auditory structures. Objective tinnitus is audible to your doctor too and can be heard with a stethoscope placed around the ear.

Why do people get tinnitus?

This will vary with the type of tinnitus one experiences. In the case of subjective tinnitus, it is usually not due to any serious indication and this includes ringing, buzzing or hissing in ears. It is postulated that subjective tinnitus may be due to the hearing nerve sending wrong signals to the brain, to interpret it as sound. The common triggers include earwax build up, age related loss of hearing, anxiety and depression or even an ear infection. On the other hand, objective tinnitus is pulsatile with a clicking noise and may be used by muscle spasms which control hearing bones or a vascular tumour or the turbulent blood flow in the blood vessels close to the ear.

Another condition that can potentially effect the ears and jaw is TMJ which requires an Occlusal Guard for protection.

What are the risk factors for tinnitus?

Certain individuals have a higher risk of having tinnitus. This includes

There is an established link between tinnitus and mental health issues such as depression. Individuals who have tinnitus generally report disturbances in their sleep, show low productivity at work, have higher levels of stress and are irritated and frustrated which contributes to psychological distress. It is an ongoing debate to understand the extent to which tinnitus causes depression. In addition, it has been observed that people who have low self-esteem and emotional negativity are more aware of tinnitus as they tend to seclude themselves and be less social giving them a higher chance to focus on the condition. Tinnitus can bring in complexity and reduce the quality of life, making it important to have medical advice for treatment.

Is this a dangerous condition?

In nearly 95% of the cases, tinnitus is not dangerous, but it can damage you emotionally and distract your daily routine of life.

What are the signs to watch out for and have an ENT consultation?

It is important that you have an ENT physician to evaluate you, if you have any of the symptoms below:

Visit the ENT Clinic in Singapore to discuss more.

How is tinnitus diagnosed by the ENT doctor?

The physician will take a detailed clinical history and conduct a thorough head and neck evaluation. The doctor will want to know of any associated symptoms like vertigo or dizziness and want to know if there are any triggers for the tinnitus. In addition, hearing tests may also be performed. The ENT doctor will try to understand the reason behind your tinnitus, which will help to treat the condition. It will help to write down any signs or symptoms which are associated with tinnitus so that you can discuss with your doctor.

During the visit, the doctor will check your ears for any wax build-up or want to see if there are any tympanic perforations. Your blood pressure will be checked and the doctor may listen to the carotid bruits and over the skull area. When the doctor knows the characteristics, frequency and site of tinnitus, it is easier to determine the cause.

How is tinnitus treated?

The treatment is based on the underlying cause. At times it resolves on its own or simple techniques such as ear wax removal, reducing stress and correcting loss of hearing can minimise or eliminate tinnitus in certain cases.

Sound therapy in conjunction with hearing aids can help. The sound therapy helps to turn off the tinnitus by assisting the hearing centres of the brain. This can be done with a static like noise or an external music. With time, the brain is able to automatically tune out the tinnitus sounds.

Individuals who go through tinnitus are best able to cope when they avoid completely noise free locations. Individuals with tinnitus should stay in places which have some background noise. In addition, removing stress, improving sleep and leading a holistic life with yoga and meditation can help. Further, a tinnitus masker may be used to remove the noise and cope better with life.

If you or a loved one is having trouble with tinnitus, then visiting an otolaryngologist can help to identify the underlying cause and help you with managing the condition.