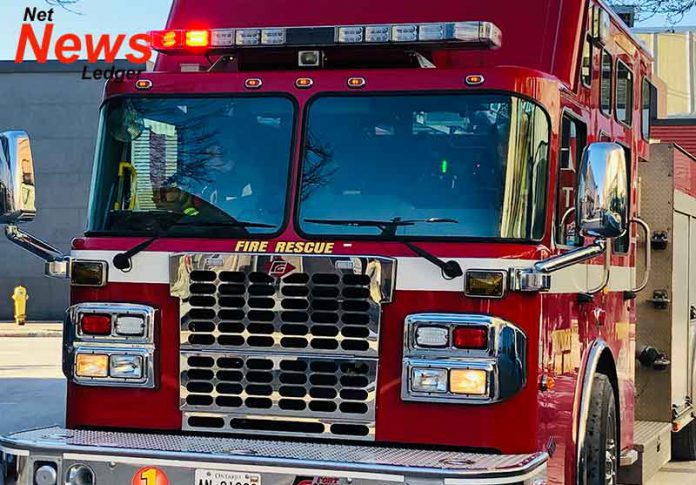 Thunder Bay – NEWS – At approximately 1:30 am, Thunder Bay Fire Rescue Services responded to a structural fire on south side.

The fire on Syndicate Ave South, Platoon Chief Darrin Sheehan tells NetNewsLedger was responded to from firefighters from Station 1 who confirmed a working fire as they pulled out of the station as smoke was visible from a few kilometres away.

At that point the second alarm was initiated with 2 morre pumpers and and aerial ladder.

Once the first unit arrived they reported a fully involved 3 storey structure with flames visible 50 feet into the morning sky.

Initial attack lines were deployed to quickly get water onoto the flames and then a water supply was established into the lead pumper.

The property had multiple units in the structure so rescue was a high priority but the owner of the building confirmed there was nobody living in the units as it was under renovations.

At this time fire crews concentrated on the exposures close by and to fire suppression activities with 2 aerial ladders being used along with high volumes of water. This became a stubborn fire when the roof and third floor caved in making it harder to extinguish.

The fire is suspicious in nature so fire investigation staff will be on the scene soon to determine the cause.

A total of 6 pumpers, 2 aerial ladders and the Platoon Chief responded to this incident.