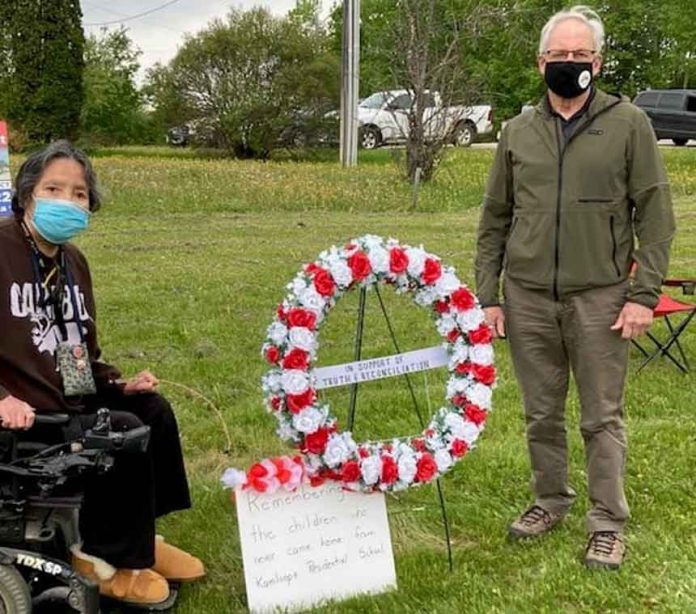 Thunder Bay – NEWS – Amnesty International says that “The discovery of the remains of 215 Indigenous children located on the grounds of the Kamloops Residential School in Kamloops, BC has been a shattering shock to Canada and the world”.

For anyone seeking support at this exceptionally difficult time, the number for the National Indian Residential School Crisis Line is 1-866-925-4419. British Columbia has a First Nations and Indigenous Crisis Line offered through the KUU-US Crisis Line Society, toll-free at 1-800-588-8717.

“While flags have been lowered to half mast in honor of the 215 children killed in residential schools, this is far from enough,” said Ketty Nivyabandi, Secretary General of Amnesty International Canada (English branch). “Other schools must be investigated and held accountable for these grave human rights violations. The Canadian government and institutions must finally act on the numerous calls to action spelled out in the Truth and Reconciliation commission, national inquiries and reports. It should not take such a tragic discovery to spur action.”

AI states that, “National inquiries, the Truth and Reconciliation Commission, the United Nations, and international human rights bodies have repeatedly called on Canada to address its colonial history of human rights violations and to ensure justice for survivors, their families and communities. The bulk of these recommendations remain unimplemented today”.

Amnesty International mourns these children and and others who never came home. We stand in solidarity with residential school survivors and all First Nations, Inuit and Métis families who are currently grieving and in mourning. This history is shocking, but it is not surprising. The ongoing, intergenerational trauma associated with residential schools is part of the history of colonization and mass human rights abuses whose impact and effects still linger in Canadian institutions today.

The Canadian government was fully aware of these human rights violations – which have been fully documented for years – and has an obligation to hold individuals and institutions to account for these crimes.

Amnesty International urges Canada to act on these recommendations without delay, including the Truth and Reconciliation Commission’s Calls to Action and the National Inquiry into Missing and Murdered Indigenous Women and Girls’ 231 Calls for Justice. Canada must also, without delay, implement the Canadian Human Rights Tribunal’s decision on providing equal funding for child and family services in First Nations communities.

We further call on the government to press forward with and pass Bill C-15 which requires the current government – and future governments – to work collaboratively with Indigenous peoples to develop a national implementation plan with priorities and deadlines, as well as to bring federal laws into line with the requirements of the UN Declaration on the Rights of Indigenous Peoples. Bill C-15 is an important foundation for confronting colonialism and addressing the urgent needs of Indigenous peoples and communities.

Letter: How do You Want to be Remembered?