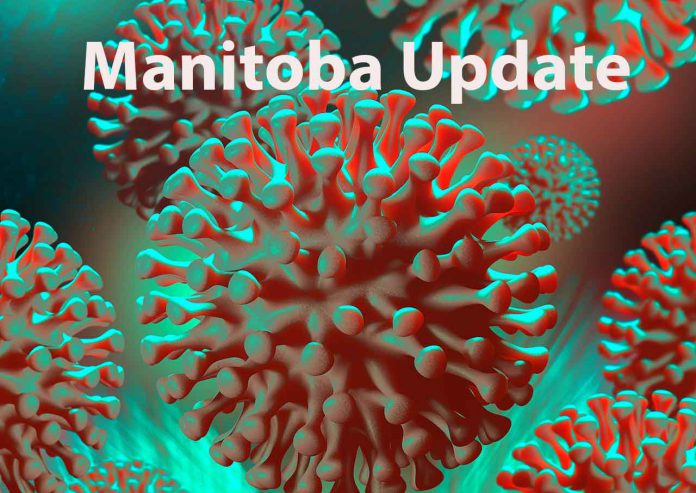 ANISHINAABE AND DAKOTA TERRITORY, MB — The Southern Chiefs’ Organization (SCO) is expressing dismay as Manitoba becomes the worst COVID-19 hotspot in North America. As predicted by epidemiologists and other health care professionals, Manitoba earned that dubious honour this week after its test positivity rate overtook Alberta’s to become the highest rate in all of Turtle Island.

“The blame for this disaster rests squarely on the shoulders of Premier Pallister and his cabinet,” said SCO Grand Chief Jerry Daniels. “Instead of learning from their mistakes in fall of 2020 and taking decisive action in the wake of the third wave of this pandemic, they have let political interests interfere and not followed the science, and that has had deadly consequences.”

SCO is not only alarmed by the heightened test positivity rate, it’s also expressing grave concern about the current strains being put on the province’s health care infrastructure, particularly Intensive Care Units (ICU).

As was reported this week, there are approximately 120 ICU patients in Manitoba, seventy of whom are suffering from COVID-19. Of those 70, 45 per cent are First Nation people despite representing only 10 per cent of the total population in Manitoba. All scientific models point to those numbers growing over the next few weeks. Meanwhile the provincial health minister, Heather Stefanson, confirmed in question period on Tuesday that Manitoba has capacity for 170 ICU patients at this time.

“I am deeply concerned about the health and well-being of the people I represent if these trends continued,” stated Grand Chief Daniels. “Our people have been disproportionately impacted throughout this pandemic and Pallister’s continued failed leadership means even more lives will be lost, especially First Nation lives.

“Imagine if someone in Poplar River or Waywayseecappo needs emergency surgery and there are no ICU beds available because of this government’s failure to plan. First Nation people have been put in the unenviable situation of relying on colonial healthcare systems and now they’re being stretched to a precarious place. How can any leader look at themselves in the mirror when this situation could have been avoided,” added Grand Chief Daniels.

Manitoba Shared Health confirmed this week that with the growing numbers of patients in ICU, the province has had to again scale back some surgeries considered non-urgent, in order to free up space and staff to help out in critical care.

The province is also dealing with nursing shortages at this critical time. Hospitals face chronic staffing shortages, with senior level nurses the most likely to leave as they face long hours and burnout, largely due to the failure of the province to gain control of COVID-19 cases at the beginning of the second and third waves of the pandemic.

These shortages are compounded by the unaddressed outcomes that resulted from the closing of several emergency rooms in 2019, including at Concordia, Seven Oaks, and Victoria Hospitals. This loss of emergency care has had harmful effects on communities that have never been addressed. In November of 2020, the province doubled down on this failed policy and closed emergency services at Grandview Health Centre, resulting in many local residents holding a rally in protest of the decision.

“What’s been consistently troubling throughout this pandemic is the short term and band aid approach employed by this government when the situation reaches critical levels,” continued Grand Chief Daniels. “This administration needs to take a proactive and bold approach like so many of our SCO communities have done. Despite having a huge colonial-caused deficit in healthcare infrastructure, the Chiefs of the southern First Nations have exhibited brave leadership during this entire crisis, including hard lockdowns to ensure minimal spread of the virus. It’s that kind of initiative that saves lives.”

SCO is calling on the province to pay heed to the latest epidemiology and modelling and to do everything it possibly can to curb this latest surge of COVID-19 cases and hospitalizations, especially with the marked increase in variants of concern, which are more contagious and deadly.

“Now is the time for this premier to step up and finally do the right thing,” concluded Grand Chief Daniels. “I know how fond he is of sports analogies, so I invite him to take a page out of the First Nation playbook. When confronted with an existential threat such as this, we incorporate collaborative and decisive leadership which is so sorely lacking at 450 Broadway Avenue these days. Brian Pallister needs to understand that lives are at stake and that without a shift in his government’s pandemic response, more will be lost. I want to believe he does not want this to be his legacy.”