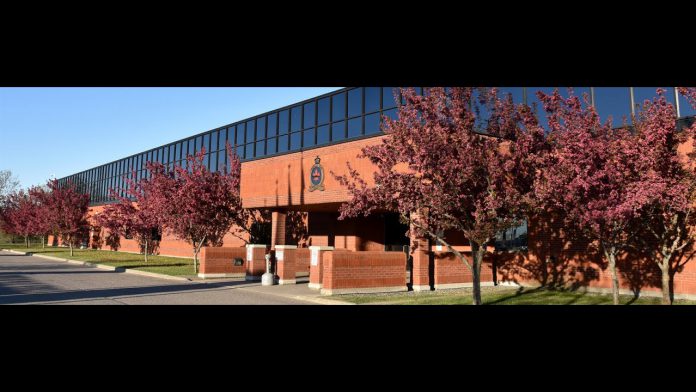 The motion, which was approved during the Board meeting on April 20, came after an extensive community consultation process, during which the Board received strong support from various stakeholders who share the goal of enhancing community health and safety through a modernized approach to policing.

With community partners at the table, the new facility will be designed as an inclusive space where visitors will feel welcome, safe and understood. It will provide the common ground needed to collaborate with the community, as well as safe spaces for victims of crime. The state-of-the-art facility will also be built around the wellness of our police officers, with the goal of attracting and maintaining top talent to serve our community. Where the current building lacks crucial infrastructure for 21st century policing, the new building will include training areas, a forensic lab, new digital technologies, and spaces that will allow the Service to work more effectively with our policing partners.

“The approval of this motion represents much more than a bricks-and-mortar announcement,” said Board chair Kristen Oliver. “This project is about building trust. It’s about modernization. And it’s about sustainability through innovation. The new headquarters will be a community hub. It will be a place for our officers to learn, to engage, and to do better each and every day.”

The move towards a new police headquarters was approved alongside a motion calling for a fence to be built around the existing headquarters — a project that is expected to come at a cost of $360,000.

“The new fence will address critical security concerns that must be addressed ahead of the new headquarters,” Oliver said. “It highlights the need to get going on the new build before other urgent needs arise.”

While a strategic site for the new facility has not yet been chosen, it is anticipated that construction will begin in 2022, at a cost of under $60 million. This number represents a savings of at least $10 million had the Board opted to renovate the current building to suit the needs of the Service and community. It represents an additional savings of more than $20 million dollars in operating costs over the next 25 years.